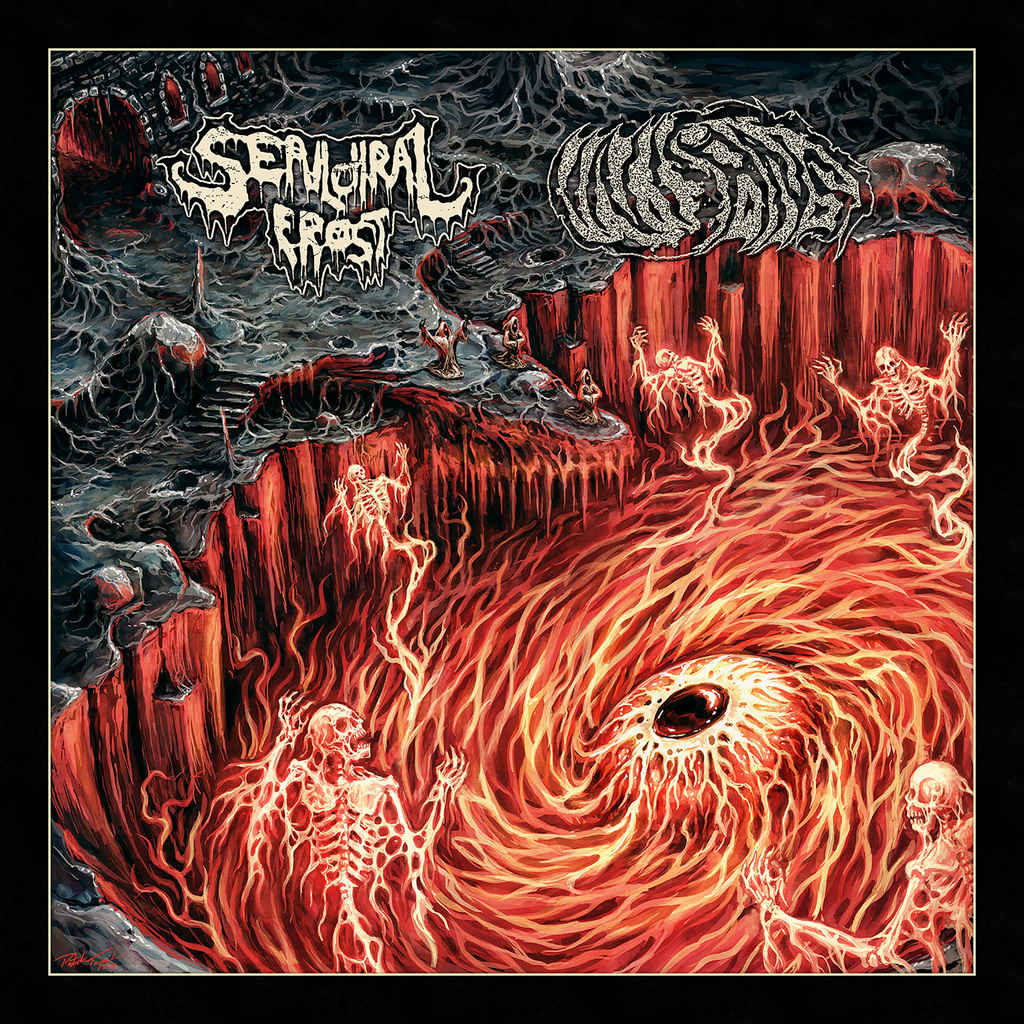 A horrid Swedish get-together released by Helter Skelter Productions, with controlled chaos of Inisans on one side and the more straightforward kind of Death Metal mixed with Doom of Sepulchral Frost on the other one.

Inisans are dipping their feet in the old Morbid Angel pool when you hear the riffs and song structures. A controlled chaotic maelstrom of Morbid Metal. Sepulchral Frost starts with, as said earlier, straightforward up-tempo Death Metal with hints of Speed Metal in the riffs and changes the pace in the middle of “Blessed by Fire” to transform the track into typical 90s Death/Doom Metal and get back to the previous gear at the end of the track.

An enjoyable and variated split by these Swedes. (Ricardo)