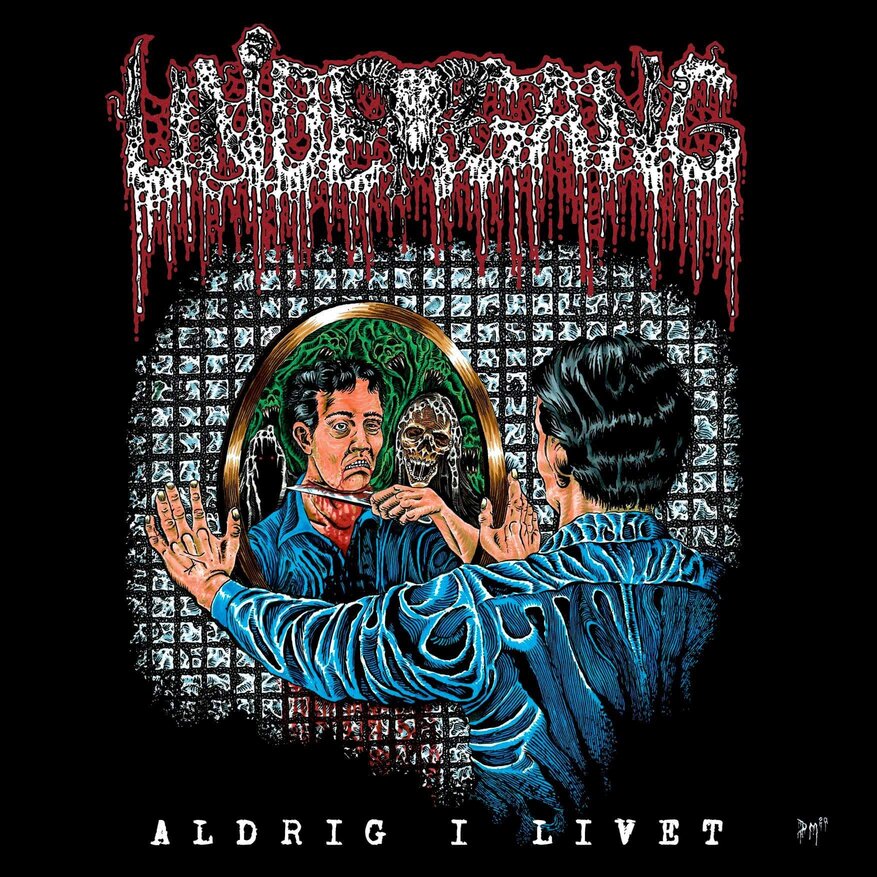 Since 2008, the sewers of Copenhagen have been contaminated by a twisted, sick and creeping kind of creature. It evolved over the years, conquering not only its home territory but every sewer around the world and there’s nothing we can do against it but surrender to its gruesome attacks, in the form of “low tuned rock music of the guttural kind” (*).

This creature goes by the name Undergang and since their first ever official release (the self-released promo tape in 2009, which one year later became their first official album “Indhentet af døden” on Me Saco Un Ojo Records), the band started to develop their own gory kind of metal, establishing themselves with both bleeding feet in the underground metal scene and bringing Copenhagen, their beautiful hometown, capital of Denmark, better known as Kill-Town, to the center of the World.

With an already extensive discography, Undergang are one of those few bands that manage to get better and better with each song they decompose. This new lineup, consisting of founding members David and Anders (vocals/guitars and drums, respectively), Mads (guitars) and Martin (bass), with all the respect the previous lineups deserve, is their best, ever! That was clear from the very first moment they performed live (or dead!) together, and it was obviously transplanted to their recording outputs.

With “Aldrig i livet”, the band has, once again, moved up another step on the nausea ladder! Jumping back and forth from grind to doom, but never leaving their trademark Kill-Town death metal sound, the band dives us even deeper into their own septic tank, giving us an intense feeling of fear, shock, and disgust while their savagery comes out of our speakers.

Throughout its 10 intense tracks, “Aldrig i livet” has the band showcasing their best songwriting and performance ever, which along with their most depraved production to date, makes this album a serious candidate to the “Repulsive Album of the Year” award.

If you don’t fear for your life, and dread or dismay inspires you, make sure you grab a copy of this album, on all or some of the various available physical formats, and get transported to the unpleasant and sick side of our existence.

(*) credit for creating the greatest metal subgenre ever goes to the amazing Simon Larsen. (Antonio)