Engulfed – Vengeance of the Fallen [EP] 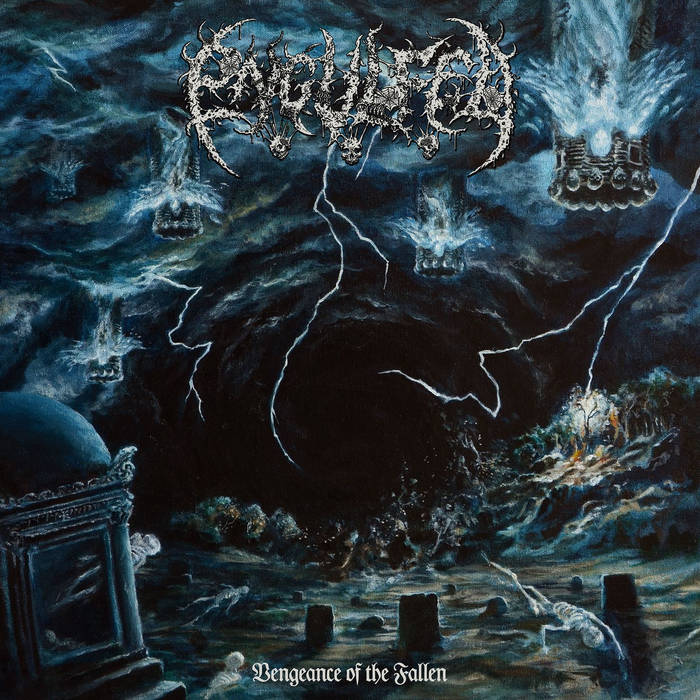 Turkish Death Metal! Hell yes! Engulfed should be known to any underground fanatic since their crushing full length “Engulfed In Obscurity”, which not only gained high attention amongst fans and critics but is also the Turkish answer to Dead Congregation and already 3 years old. “Vengeance of the Fallen” is the follow up in form of an EP. Those nearly 25 minutes are well spend If you like brutal, dark Death Metal, somewhere between old and new school somehow, done right. But let me tell you the details.

“Rites of Abandoned Heretics” is the first and also longest track on the record and shows easily why Engulfed are amongst the best underground Death Metal bands. Massive, heavy sound, dark and obscure atmosphere, brutal crushing tunes. This track got everything,  blasts, doomy sections, groove, variation, ugliness, technicality (but no overuse). A killer start no doubt.

“Summoning the Black Death” blasts its way into your ears, furious, machine gun-like, deep grunts throwing upon the ultra-heavy riffs (Morbid Angel, Dead Congregation). Besides the fast stuff, there is plenty of air breathing stuff, great guitar soloing included. If you don’t bang your head to this you are lost…

“Cycle of Black Altar” mixes the elements of the previous 2 tracks and adds some interesting up tempo beats and morbid riffs while the blasts detonate everything around. The second half of the track morphs into monolithic mid-tempo and doom realms with a lot of groove and alternation before the lead guitar kicks in and the skank beats are reloaded. The last section If you want is simply amazing, stellar guitar work, well build up before the drums start blasting again!

“Scorched” Blasting start and then transition into more bangable skank beats with catchy riffing. Some slower, crawling riffs can’t be missed, so they threw in a lot of them (Dead Congregation/Cruciamentum?) grabbing the listener by his balls/titties for a ride to hell and back. Engulfed manage it to change things at the right time to keep everything interesting without chocking the build atmosphere with to random transitions. Great closing track

Splendid artwork by the master Timo Ketola, may he rest in power! Killer mix/master by Dan Lowndes (Cruciamentum),  once again a killer job done on a record, he knows how to do it crushing and still let it sound “natural”.

Great EP, makes me eager for more and is a great follow up to their debut full length. Fans of Dead Congregation, Cruciamentum and the likes should grab this, can’t wait for the next release! To the aforementioned bands : now it’s your turn! (DPF)