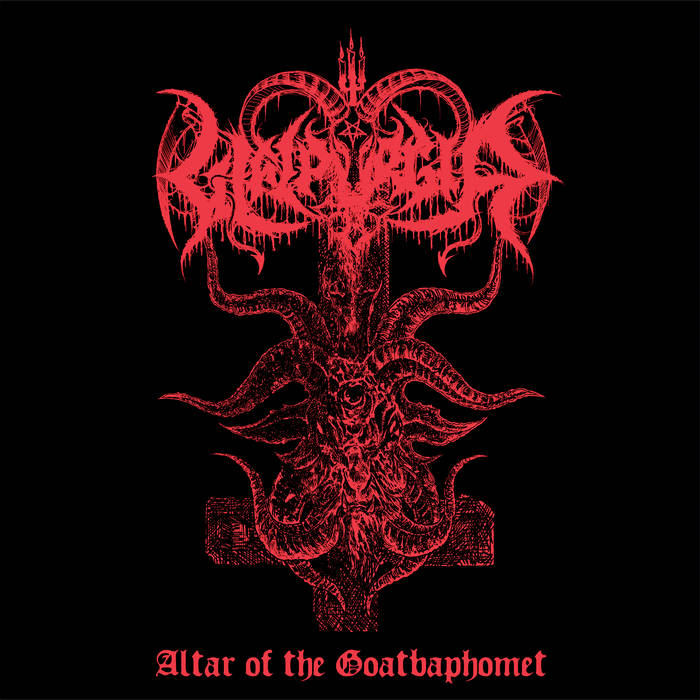 Walpurgia hail from Athens, Greece and deliver with “Altar Of The Goatbaphomet” their first release. The three members of his band or project are also active in Black Blood Invocation, Caedes Cruenta, Hate Manifesto, to name but a few.

Musically, “Altar Of The Goatbaphomet” is a chunk of very down tuned Bestial Black/Death Metal, not unlike the better efforts of an Archgoat, Beherit, Blasphemy or the Greek Goatvomit. There’s even some VON to be heard on this demo.

What you get are 5 fast, yet well-produced tracks with roaring growls, morbid choral parts full of delay and the musical equivalent of a bulldozer driving in your head.

Walpurgia thought this one through – songs like “Altar of the Goatbaphomet”, “Sadistic Recrucifixion” or “Desecration Ritual” may sound primitive at first, but are in fact well-constructed and even cachy as far as the genre permits. Production is flawless. There ought to be more bands like this.

People into War/Bestial Black Metal need not hesitate for a second. (LCF)