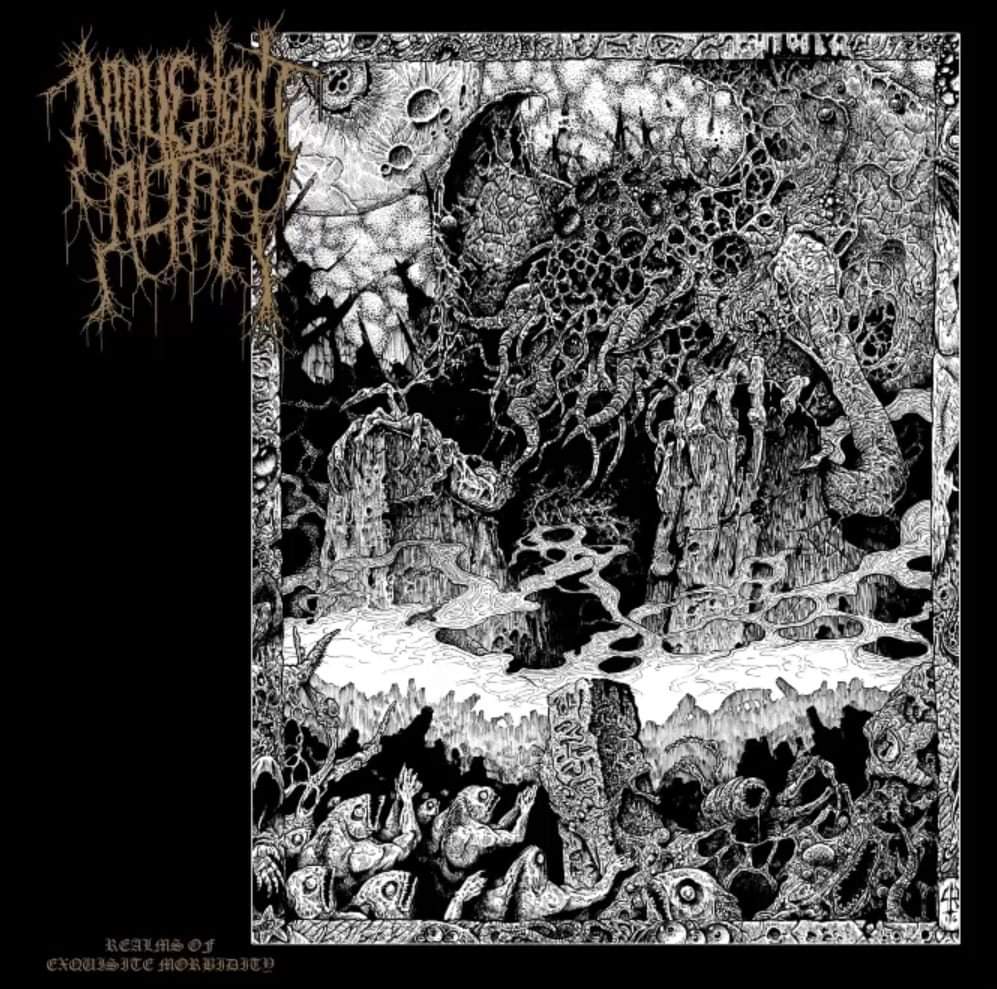 Quintet Houston based Malignant Altar can do no wrong; the colossal line-up alone speaks volumes & maniacal magnetism of their (finally) first LP “Realms of Exquisite Morbidity” proven to be well worth the wait.

Looming peril that’s both enchanting yet detrimental, escalating from their unforgettable 2019 demo “Retribution of Jealous Gods”, making sure each composition is prolonged with exception of title track, an unearthly instrumental resonating notes off a sci fi soundtrack. Combining members with Progressive, Blackened Death Metal, Grindcore backgrounds feed into an idiosyncratic entity that does an impeccable job to produce this particular release, keeping erratic measures, experimenting more with added effects, altering tempos to validate a solitary entity for these six final products, clocking in a bit over thirty three minutes.

Amazing intricate cover art, revealing the odious presence that was peeking behind from their 2019 demo.

What is apparent in ⅗ lyrical numbers is how the tempos gradually shift and about ⅔ in there’s a pause before a belaboring breakdown transpires when the other two “Channeling Impure Apparitions” & “Rite of Krasue” recognize more fretwork play leading to the outros. Mentioned intro affirms the band’s compelling presence that leads into a vicious internal nightmare, everything in your mind rapidly disintegrating.

Most impressionable breakdown & favored aside from “Rite of Krasue”, a perfect way to end on a death/doom/groovy note.