Varathron – Glorification Under The Latin Moon 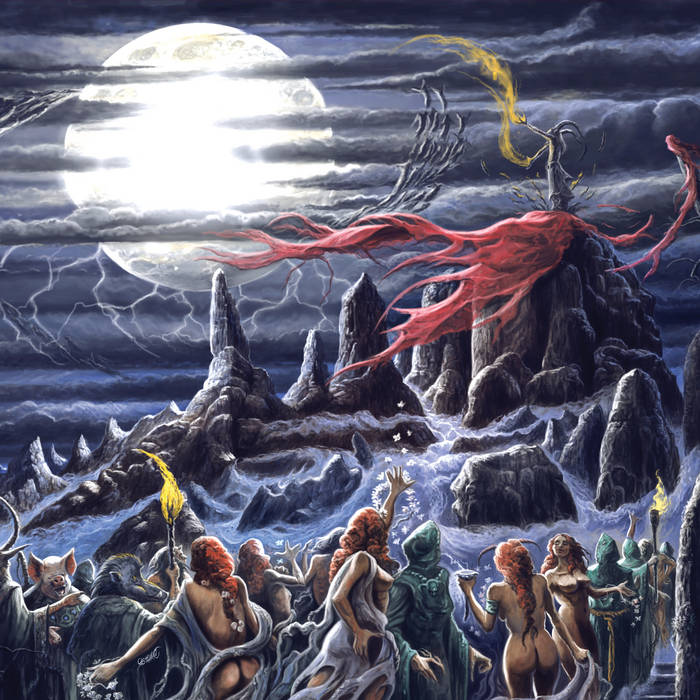 In its very lengthy career, Greek forebearers of the so much beloved Hellenic Black Metal sound, Varathron, never released a live album before. So, when the band embarked on a trip to South American soil and were in the position of recording a show they agreed with their label, Agonia Records, to bring those recordings on both plastic and vinyl, for all of our mortal souls who were not able to visit this show in São Paulo, Brazil.

In my recent review on Katavasia’s latest 7” EP, ‘Invoking The Spirit Of Doom’ (2021, Iron Bonehead Productions) I already spent some words on Varathron’s recent years. Apart from the band’s glorious early days in which they recorded two of the absolute best Greek metal records ever with ‘His Majesty At The Swamp’ (1993) and ‘Walpurgisnacht’ (1995), I am of the strong opinion that the band is at an outright creative and musical peak. The band’s latest album, 2018’s ‘Patriarchs Of Evil’ (Agonia Records), is simply their best since 1995.

With that amazingly great album under their belts, they treated their Brazilian fans to a set-list that is near-perfect, blending in lots of new songs and just all of the best work from their earlier recordings. But besides the setlist being downright excellent, with classics such as ‘Cassiopeia’s Ode’, ‘Unholy Funeral’, ‘Nightly Kingdoms’ and ‘The Tressrising Of Nyarlathotep’, the most striking is the absolute great recording quality. I am not sure if there were any overdubs added or the recordings were otherwise tampered with, but it is basically sounding like a ‘live in the studio’-kind of recording, the audience is only audible lightly in the background. Also worth mentioning is the tight playing of the band, though Varathron is not known as a band that is touring their asses off, unlike country mates Rotting Christ, but they sound like they are very much in their element on stage.

While I understand that not everyone is necessarily a fan of live recordings, ‘Glorification Under The Latin Moon’ actually listens like a kind of best-off compilation of over 75 minutes by one of the most influential (yet still under-recognised) Black Metal bands. In that light, this is a fine purchase, but ideally, considering that this live album was released almost two years ago, I would very much like to see a new studio album by now.