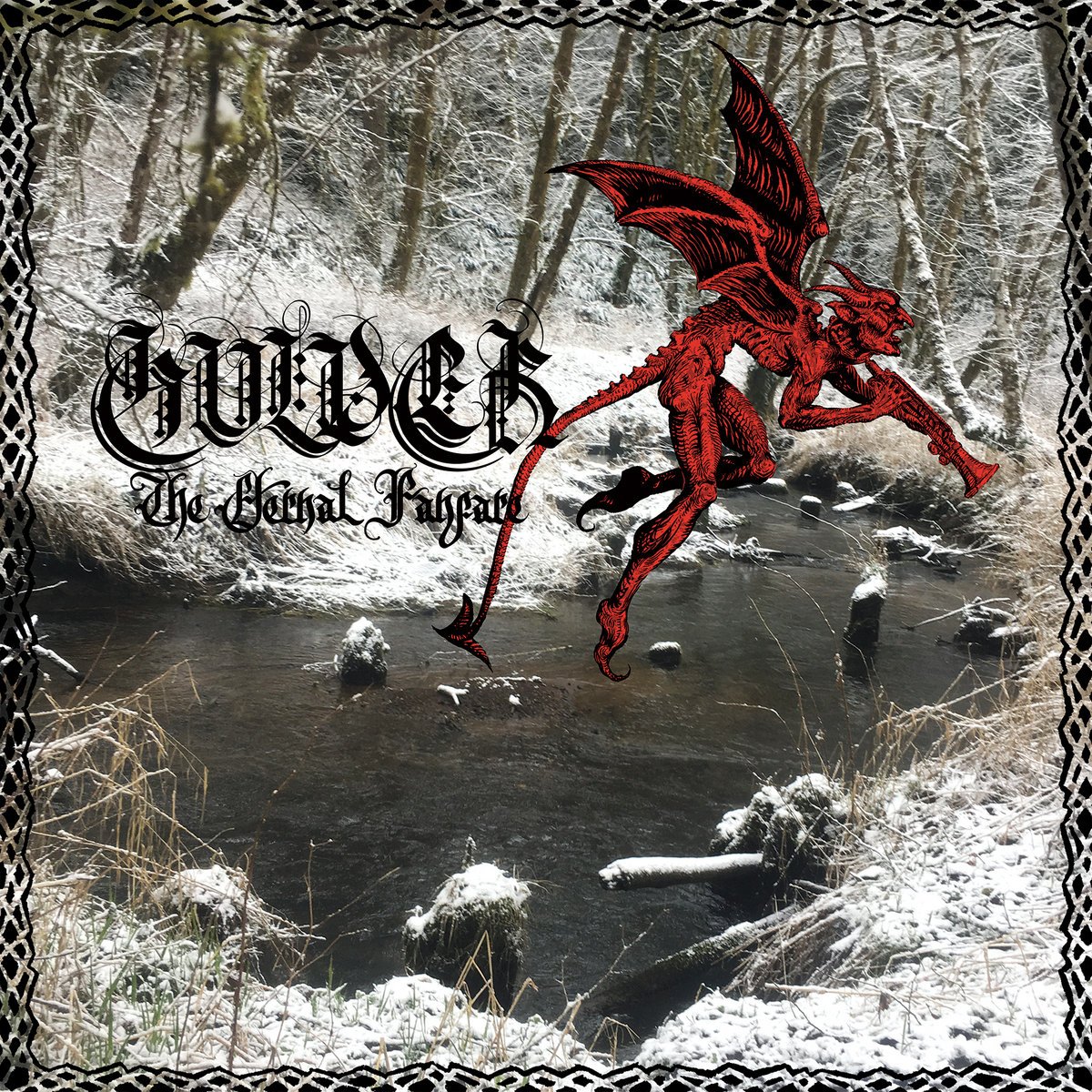 EP’s are often used by bands as a taster for a new album, a sort of sop, but it also happens that it contains material that musically fits a bit less into the regular oeuvre and therefore does not appear on an album, an EP is then a good outcome. How Ms Hulder looks at ‘The Eternal Fanfare’ is impossible to say (yet), but what is immediately clear is that the music on this EP is quite different from her previous work.

After an angelic intro, the EP erupts into a very dark Black Metal maelstrom. The first Hulder recordings were still quite bleak and shrill and were in the musical corner of Scandinavian bands; quite close to the sound of old Satyricon, Ancient and Immortal but also, for example, on the first Sargeist album ‘Satanic Black Devotion’. On the debut, ‘Blasphemy: Hymns Of A Forlorn Peasantry’ (2021, Iron Bonehead Productions), the sound was already a bit less raw and gritty, but gained more texture and body. That gritty sound has now been extended further and on this EP: the guitar, but also certainly the drums, have quite a meaty Death Metal sound. Hulder’s vocals, too, are a little rougher too, some sort of ravenous barking. With this, the overall sound shifts more towards something midway between Behexen (‘The Poisonous Path’), Hate Forest (‘Most Ancient Ones’) and a band like Grave Miasma or maybe even Aeternus (‘Shadows Of Old’). A chunky sound, in which the once again angelic female background vocals and the atmospheric elements stand in stark contrast. The triumphant-sounding melodies are well tucked away in the music, so the EP to givea away more and more of its details with multiple listens. All in all, quite a surprising release in terms of sound an musical approach and if it’s up to me, Hulder takes this musical path for her upcoming full-length too.