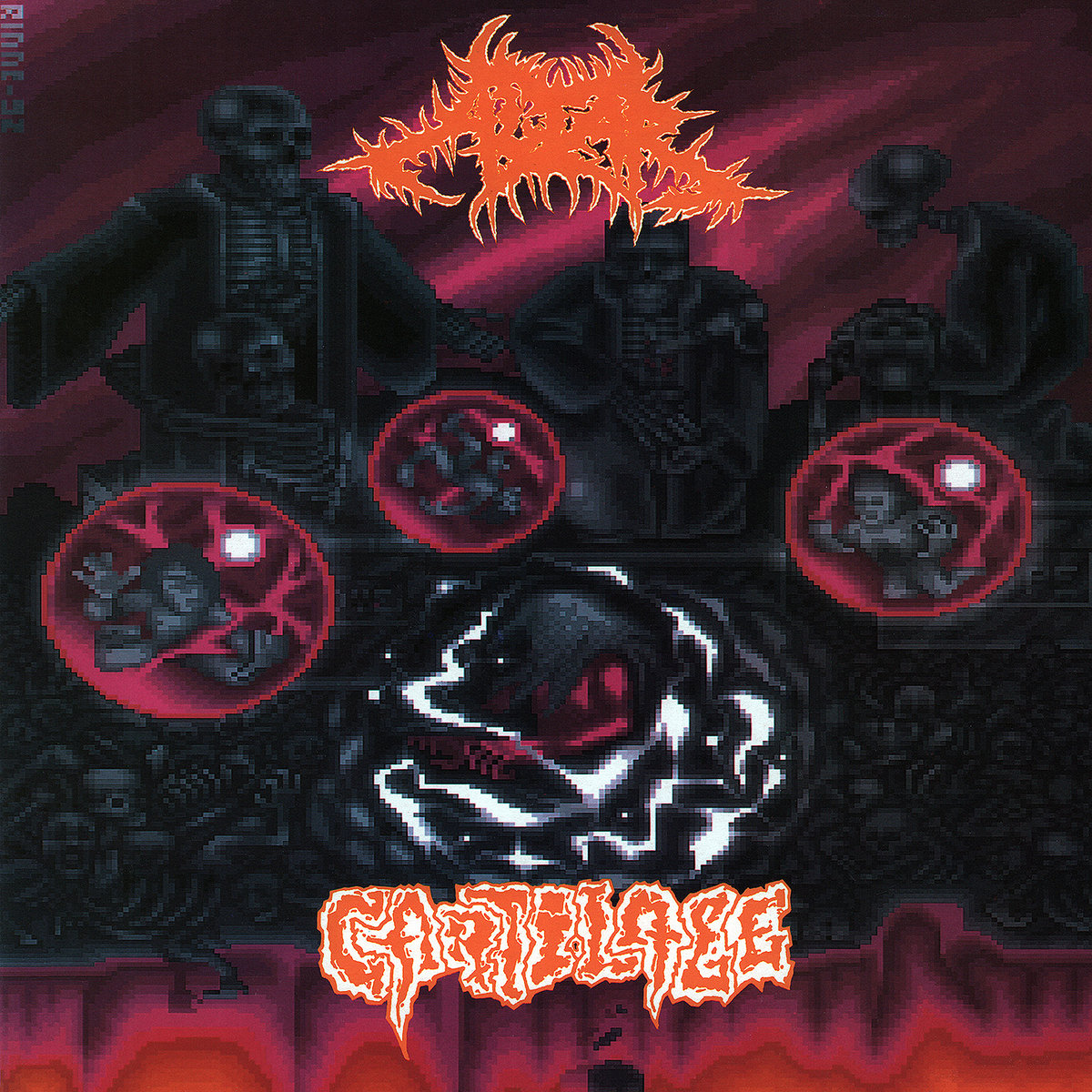 Despite the fact that the original material from this cult split LP had already been reissued by Xtreem Music in 2015, it had only been made available on a double CD. Vinyl fans still had to rely on the exorbitantly high-priced originals via eBay or Discogs. This has changed since last summer, Xtreem Music has now finally re-pressed this much-sought-after piece of Death Metal history on vinyl.

Altar opens with their heavy tuned Death Metal, which in tone and melody occasionally resembles early Paradise Lost (‘Lost Paradise’ and earlier), Amorphis and some more well-known Swedish Death Metal bands like Dismember. The melodic pieces, in which even the use of piano and keyboard (courtesy of Dan Swanö) is not shunned, give the band quite a different character from most other Swedish Death Metal bands of the same period. In any case, Altar was among the earliest bands on the Swedish scene, with their roots going as far back as 1988, and the line-up featured a lot of familiar names, of which Perra Karlsson (Nominon, In Aeternum, ex-Deströyer 666, ex-Suffer, ex-Toxaemia) and Miezsko Talarczyck (most notably known from his work with Nasum) are the most appealing. Musically, the alternation between the heavy, massive guitars and the more melodic and atmospheric pieces is the most appealing. It’s because they don’t always play at neck-breaking speed that there is room for those tasteful doomy vibes.

Cartilage, on the other side of this LP, sounds a lot flatter than Altar with the production also sounding a lot blunt and square. But the Finns do offer a solid slab of Death Metal. Perhaps not quite typically Finnish due to the use of a bit more melody, both in the form of keyboards and Maiden-like guitar tipping, but still, the soul of Finnish Death Metal is deeply ingrained within Cartilage’s music. The crunchy guitar tone and the somewhat more ingenious way of song writing, still makes it overtly different from Death Metal in the well-known Swedish fashion. The heavy and massive sound is also of a distinctly different quality, counterbalancing the (admittedly somewhat simple) Heavy Metal leads and atmospheric keyboards.

While browsing Discogs or eBay, you sometimes come across certain items that are charged extremely high amounts, which makes you wonder whether they are really worth that money. Whether or not that is the case for this LP, I’ll leave open. But in addition of it being an historically important release in the development of (Scandinavian) Death Metal it is also simply a great LP on which two massively overlooked bands team up. So, as far as I am concerned, this re-release was more than justified.