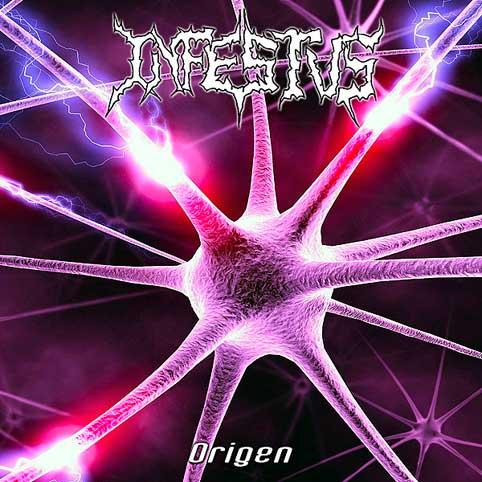 Xtreem Music is often a good partner when searching for some obscure bands from the past. Another demo compilation was mixed together and this time a Spanish band from the 90s namely Infestus. Only 6 years  in the scene, these guys released 1 demo and 1 promo before they split. What sound did they play? Well, it`s pretty much a mixture of Deicide, Morbid Angel, Ripping Corpse and some European death metal acts. Really good sound quality for demos and dark powerful songs. Minor points will go out to the bit generic vocals and the missing hit potential of the songs. Great thing of this compilation are the unreleased demos from 1994 and 2015 were the band tried to come back but already split afterwards. Nice US Death Metal from Spain you won’t miss. (DPF)