Golgotha [ESP] – Erasing the Past 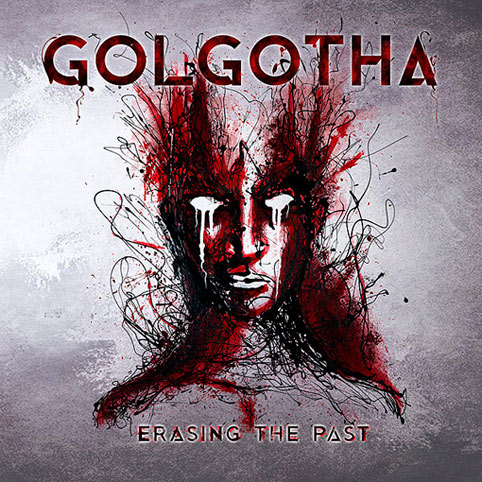 Golgotha, the Balearic Death/Doom Metal titans who have as many band logos as albums released have returned with their fourth full length, after a hiatus dating back all the way to 2005. (Barring an EP released in 2018) “Erasing the Past”, released through fellow Spaniards Xtreem Music is a powerful album. Most notably, the vocal work of Amon Lopez, now in his second stint with the band, combines deep baritones, dark rasping growls and at times even more haunting atmospheric vocals which rise high into the ether. As an album the pace never feels like it kicks into full gear though conversationally it never loses any steam either, setting a steady, methodical pace from start to finish. Tomeu Crespi, the bands brand new drummer has a faultless style, as calm and measured as a metronome, and is metaphorically and literally the backbone of the bands sound. Also on his second outing with Golgotha, Vicente J. Paya, guitarist and bassist extraordinaire completes this triumvirate of doom with slow, towering riffs, crushing bass and an overall sound of brooding malevolence crossed with sorrowful melodies.

You could argue that in places the band’s signature sound comes across sluggish, but I like the deliberate nature of what Golgotha produces. You can throw likenesses into the mix, Swallow the Sun, a little My Dying Bride even, and vocally to my ears a touch of David Gold (Woods of Ypres – R.I.P) mixed with Brad Roberts of Canadian folk/rock band the Crash Test Dummies. Despite an overall atmosphere of melancholy I found this album to be personally very satisfying, the deep tones and rich tapestries of sound created by Golgotha ensnaring me from the very opening moments of “The Way to Your Soul”. It’s been quite an absence but Golgotha are back to fill the void with this mournful, enigmatic chapter. (Heathen of the Horde)