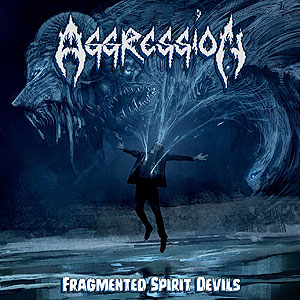 Resurrected, new line-up and a third album. After the re-release of “The Full Treatment”, Dave Rotten of Xtreem Music gave the band a new opportunity to let the world hear how Aggression sounds nowadays. Brian Langley (Tyrants Blood, ex-Infernäl Mäjesty) joined the ranks as their new vocalist, which gives this album a more Death Metal sound. Actually, the whole band besides Denis “Sasquatch” Barthe is new. As said, there is a more Death Metal twist but it is also less hyperspeed comparing with “The Full Treatment”. Although I know it is not fair to compare both albums as there are almost 30 years between them. At the end you will hear “Razamanaz”, a Nazareth cover which Aggression gave a huge Motörhead make-over of it. After a couple of spins I can’t the Death/Thrash of the new Aggression is something special nor does it give me the urge to play it again very soon. But also can’t say it is average. It just doesn’t stand out in the huge swamp of releases. (Ricardo)