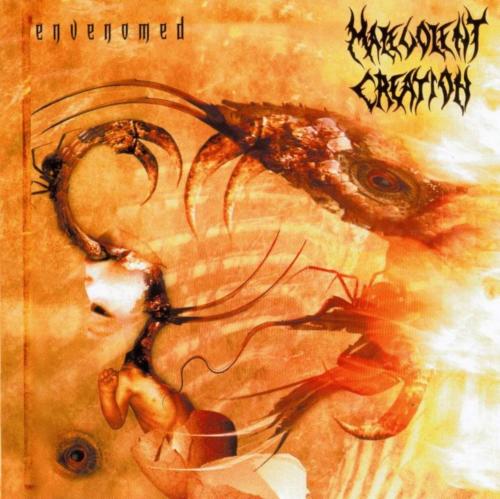 Phil and his men are back! After “The fine art of murder” where they included some slower songs, they’ve returned to their fast-played style. Fast fucking death/thrash with Brett Hoffmann’s cool vocals to add the extra juice. Indeed, their motto is and has been: if you’re not fast enough, you’ve got to go! Fortunately, the line-up is the same as on the previous album. Meaning that mega-drummer Dave Culross (among others ex-Suffocation) still is in the band and also Rob Barret is shredding his six-stringed blade. Although I must confess that this album did not make the same impression on me as the new albums of Cryptopsy, Nile and Dying Fetus, this band still has something special. And yes, they’re one of the older bands around which do have their own sound. This sound was only different on “Eternal” and “In cold blood” but with the exit of Jason Blachowicz, their original sound returned. With killer tracks like “Homicidal rant” (very cool beginning!), “Kill zone”, “Halved”, “Bloodline severed”, “Conflict”, “The deviant’s march” MC make sure you will be terrorizing your neighbours once more! (Saldiac)

Does Malevolent Creation need any more introduction? Ever since “The ten commandments” was unleashed upon mankind in 1991, these death/thrashers have been unstoppable. “Envenomed” is once again a neckbreaker. The line-up is the same as on the previous effort “The fine art of murder” of two years ago, and you can hear that this has done good to the tightness of the music. A little bit faster, a little bit more technical. I’m playing this for the fifth time in a row now and I still can’t sit still! The song material is brutal and in your face, and with a production that attracts attention to every detail (done by the band themselves). Kyle Symons from Hate Plow does some additional vocals, which only adds to the brutality. Best song –according to me- is Kill Zone, which has some great riffwork in it. Essential release, and go see these guys out on the road! (Stijn)