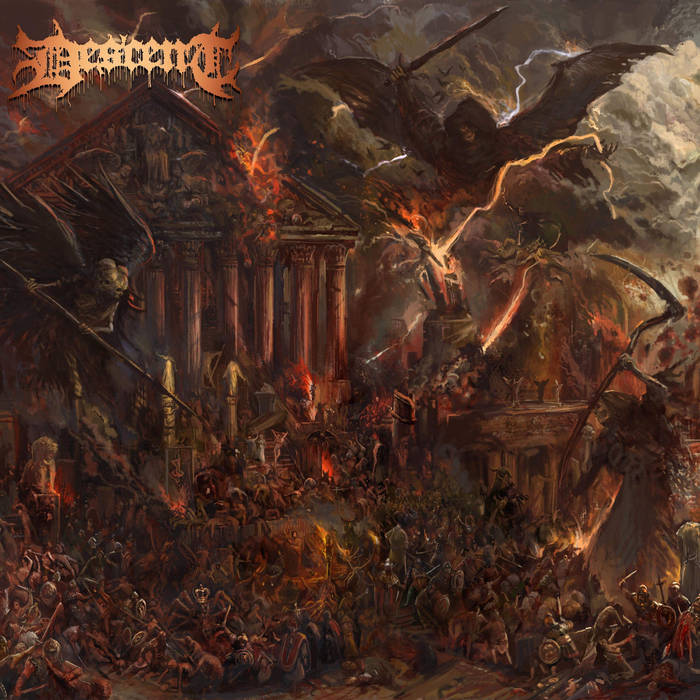 Three great labels have got together to unleash the sophomoric album from Aussie Death/Black Metal band Descent. Caligari Records, Redefining Darkness Records and Brilliant Emperor Records have all combined to put ‘Order of Chaos’ out on all formats. The album marks the bands first release since 2018’s ‘Towers of Grandiosity’ which also came out through the sole efforts of RDR.

It takes but a second for Descent to slam straight into the brutality; surging blunt edged riffs, a maelstrom of bass tones and drum beats, and scorching vocals combine urgently and are punctuated in placed by short bouts of almost oppressive silence as the music drops for a calculating second. Descent create a solid wall of noise, an impenetrable barrier of devastation with a few little moments of technical flair thrown in to temper the aggression.

As the album progresses it becomes pretty obvious that Descent are something of a one trick pony; that trick being an unending display of savagery that is only briefly tempered by slower , more crushing moments of slow, brooding fury. So whilst I could criticise the band for creating a somewhat samey sounding opus, in truth the sheer brutality and monstrous riff-age carried this album through to be something worth your time.