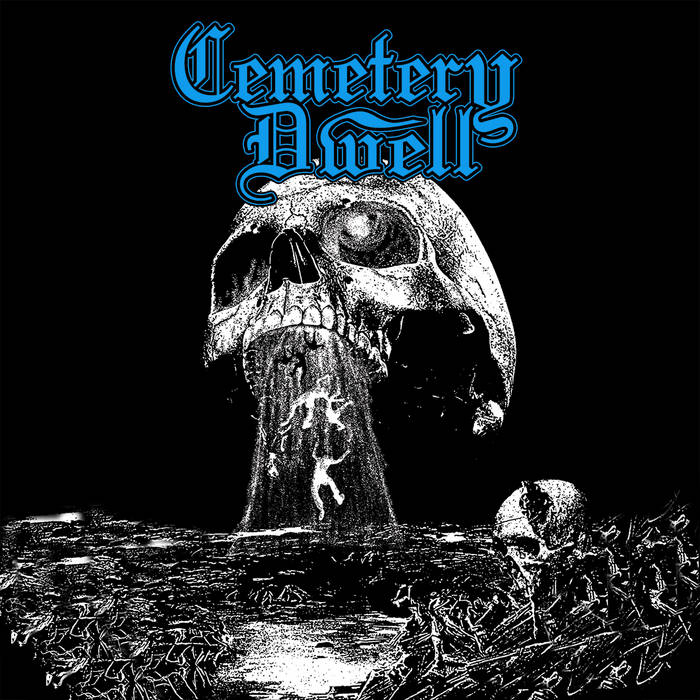 Cemetery Dwell equals three Argentinian dudes that are suffering from the same medical condition: the FSA-syndrome, there are various famous people that are afflicted by the same medical discomfort, Ben Johnson, Carl Lewis and Usain Bolt Thrower. The infamous Full Speed Ahead syndrome, that’s when you’re unable to do things slowly, without any subtlety and finesse. Cemetery Dwell only functions in one gear and that’s the highest one. …Boom!! And they are off. Jesus Crüst these guys are in quite a hurry.

“Cold Visions Of The Nether” contains only three tracks, three Death Metal whirlwinds. The first two songs are pretty straight forward, a Repulsion blast beat, sparingly alternated with double bass rolls and an abstruse grunt deeply embedded in the sound. “Prison Of All Light” though contains more detail, build up and atmosphere. After a minute and a half mister Hoarfrost suddenly finds his lost throttle and starts blasting away. As the saying goes, sticks and stones, can’t break my bones, C.D. doesn’t break them, they leave them behind chopped, like minced meat. The band sounds like a rusty meat grinder draining its power from a nuclear plant. Amazingly enough, these guys wrenched  sufficient structure and landmarks into their songs, so they stick to your gut like flies to horse manure.

Apparently the band formed in 2020, presenting us a formidable debut and recently got signed by Redefining Darkness. (Franki_boj)