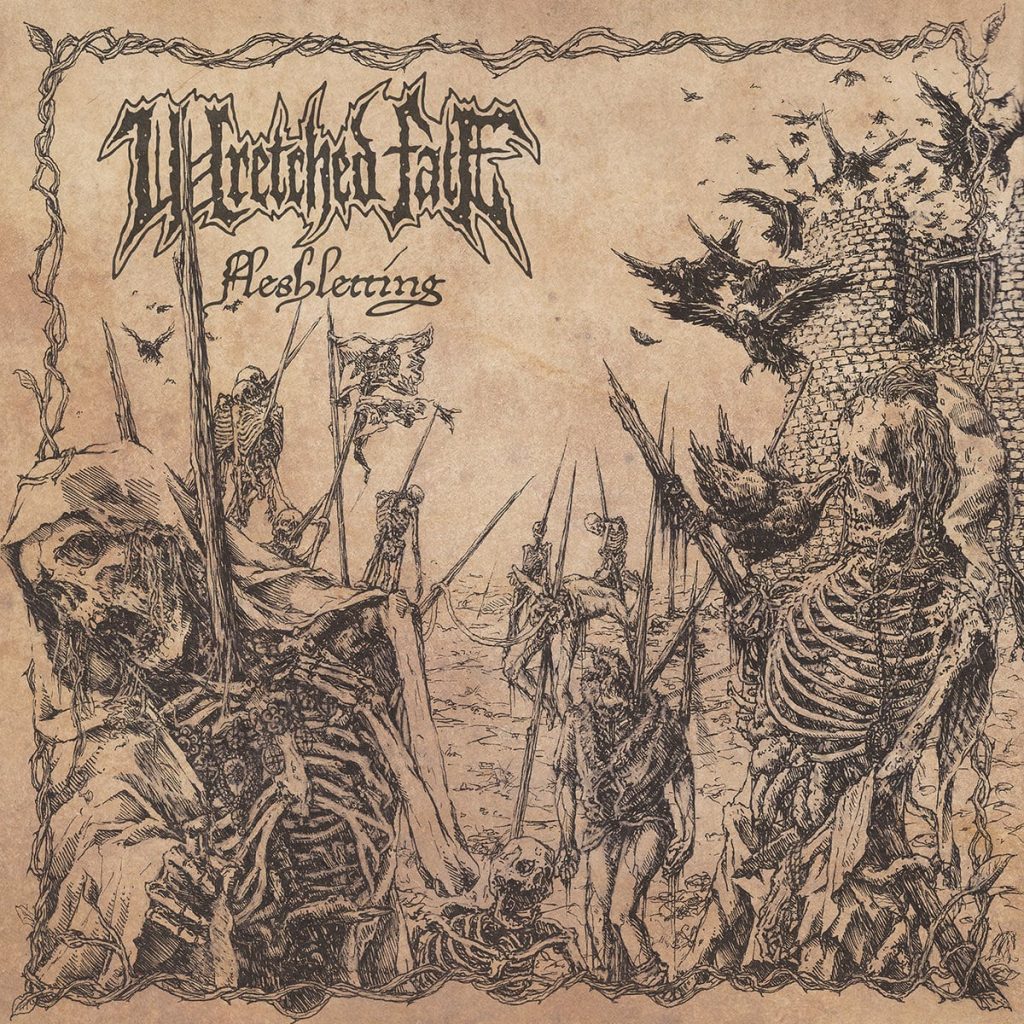 After releasing one demo: “Demoed in flesh”, Wretched Fate unleashes “Fleshletting” upon mankind. A Swedish Death metal whirlwind pur sang. This twelve headed beast plows, slaps, demolishes you with a 50 pound sledgehammer straight to your forehead.

Seriously girls…this four man collective deliver some impressive skills. Every song blasts, grooves, rattles your each and every bone in your smelly human body, yet each song has a twist, a subtle input that makes each song differ from the next one. Choirs, acoustic intermezzo’s, guitar solo’s beyond hyperspeed, slow breakdowns these gents sure know how to write songs that stick to your marrow. Although this album is pretty fast and technical these songs do stick. “Taker of souls” kicks off with a stop and go blastbeats as if the batterist suffers from an acute epileptic seazure. The titeltrack starts peacefully, an acoustic guitar, some background chanting by (just guessing) some tall muscular Scottish highlanders but then the track explodes into a powerful Death Metal attack filled with breaks, blasts as tight as my little Guinea pigs arse, choirs, slow doomy bits.

These Swedish musicians are displaying all their abilities on this magnificent piece of craftsmanship. Go check these guys out, you won’t be disappointed. (Franki_boj)