Haalbuaer – Mortal Ones Scream in Horror 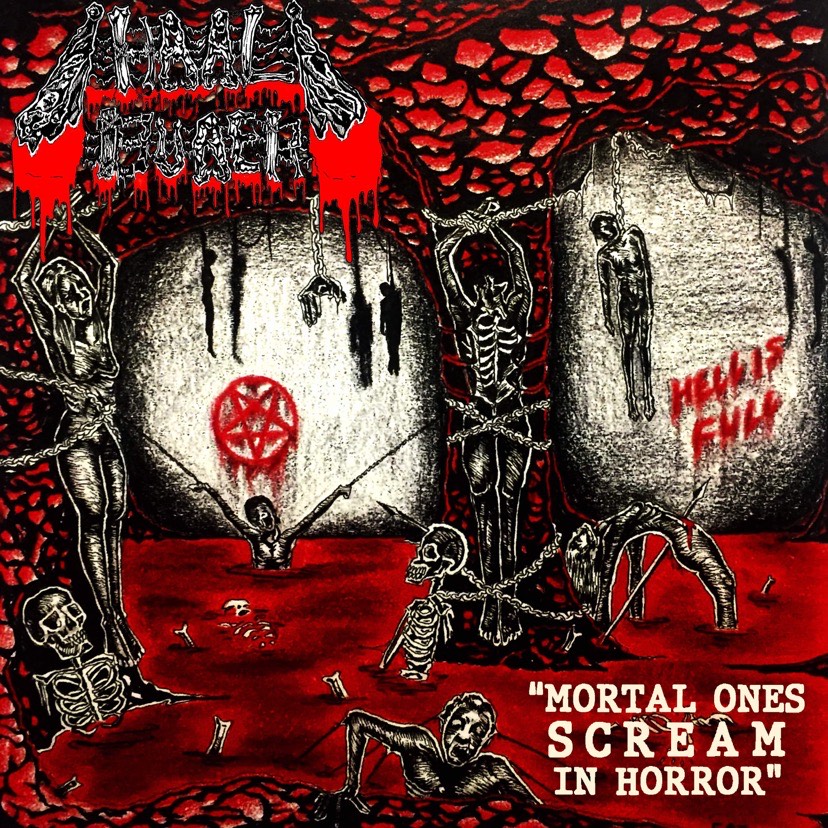 2021 saw the release of the debut album by Norwegian Death Metal band Haalbuaer, entitled ‘Mortal Ones Scream in Horror’. Sadly 2022 then saw the demise of the band, but what the hell, lets review it anyway! It seems an odd choice for two labels to pick up in my view. Both Goat Throne Records and Caligari Records have strong rosters and this album is under produced to the extent that the bass leads the sound, followed by the symbol clashes, and then the rest of the drums. The riffs are barely audible for the most part and that’s why I think it’s a strange album for both labels to want to put out. Don’t get me wrong, Haalbuaer are definitely a band who had a modicum of talent; the bass lines are like rolling thunder, the drummer has serious chops and the vocals are deep, grunting growl that would rival any Death Metal vocalist. However, the mix is appalling and any album where you can’t hear the guitars is going to suffer majorly. It actually makes me wish the band were still active, and hopefully one day they will return, for they have unfinished business in my opinion. Sadly then, ‘Mortal Ones Scream in Horror’ is a decent album ruined by piss poor production, and the band are no more. But there is enough of a spark here that if the band were to ever come together once more… (Luke Hayhurst)