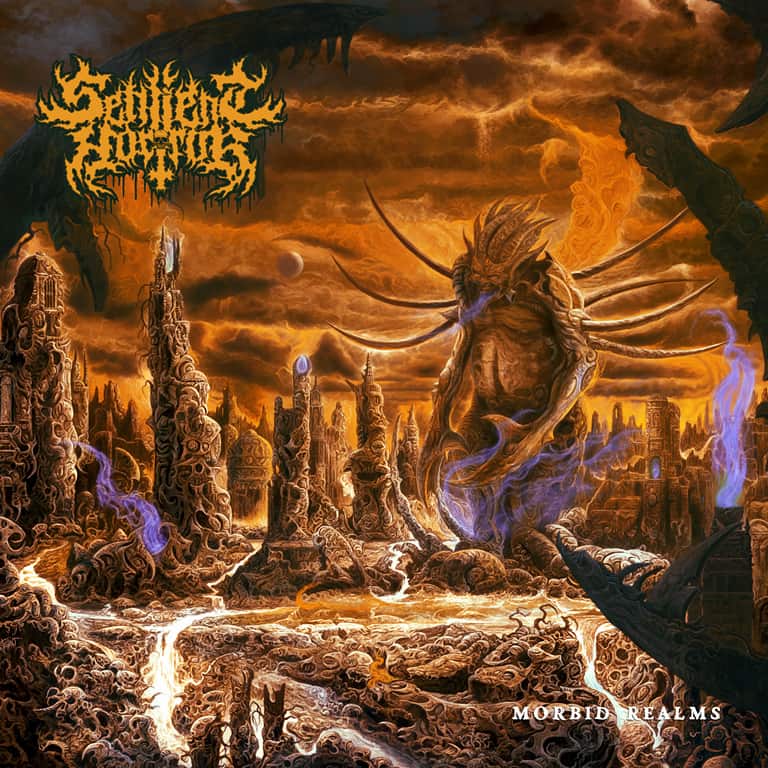 This is the second full length from this Swedish driven USA Death Metal band and it’s getting better on each release, after an amazing debut album like ”Ungoldy Forms ” (2016) and their acclaimed EP ”The Crypts Below” (2018) this band is going to the top of the new Death Metal era.

The album is composed by 9 songs with great riffing and the precise kind of voice that doesn’t take your attention away to the music. What I really like from bands like this is that they use solos…Death Metal with good solos makes it just more perfect and epic, it is instinctive and this makes you turn on the air guitar automatically just after pressing play. Maybe I shouldn’t mention any other band but is the same example I see with bands like Slaughterday (Germany) or Skeletal Remains (USA), you can hear Sentient Horror worked hard on each detail to make this sound memorable. Testimony Records are making a very good job with their releases.

I guess the album title ”Morbid Realms” is a little common nowadays because of the many new bands coming each day and every one try their release’s title to sound out of this world but on the other hand ”Morbid Realms” sound like the classic Swedish 80’s – 90’s demo that turned into a milestone so it depends from your point of view. Also the album cover artwork by Juanjo Castellano shows an emerging ancient one creature with many details that describes absolutely what you will listen once unpacked and play this piece of Horror Death Metal. (Gangrene Pus)