Curse of Denial – The Reckoning [EP] 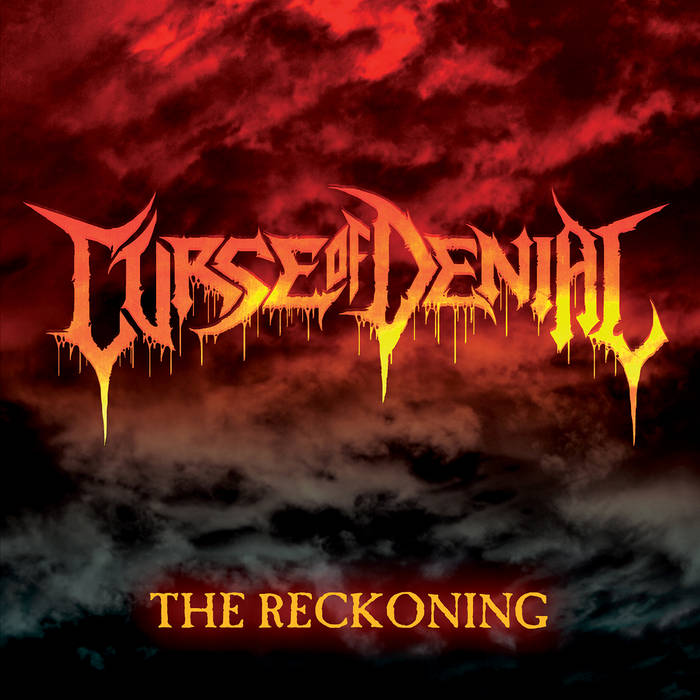 “The Reckoning” is the third release from the Ohio band, Curse of Denial, and following their first 2 releases, they continue on their path of Blackened Death Metal. Like the previous albums, the third one has been released by Redefining Darkness Records, which seems to be the right partner in crime to release some musical violence.

As said they continued their path, so this EP is a logical follow-up to their “Coming for Your Soul” album which was released in 2019. Rob Molzan contains some very powerful deep raspy vocals but adds a more blackened vibe to the song when he hits his screeching highs. The lows sound very Old School Death Metal-ly in my eyes, low and elongated, reminding me of a higher-pitched early Deicide without the speed until he brings out his shrieking high screams. At points, like in the middle of “A Fractured Soul”, Rob sounds like a demon straight from hell chanting some old language to you.

The guitarists, Jeremy McLellon and Gary Heinrich, have amazing synergy between their riffs and know how to write very fun and melodic riffs, but that’s not all they have to offer as they take a more Black Metal aspect to the riffs as well, fill the songs and they are mixed in with more Old School Death Metal sounding riffs that slow down the sound, but then it’s picked back up into habitual tremolo-picked riffs. They aren’t alone in holding the melodic ends though, the bassist, Mike Perez, adds an equal amount to the melody. Even starting from the beginning of the EP with “Variant” you get a large taste of this synergy. The bass also adds a lot to the sound, as the bass is really creative at parts but a lot of the time is attached to the guitarists. This is the opposite of what I look for in a bassit, as I love to hear the bass exposed and driving the riffs, but that doesn’t mean Mike is bad at all. Mike’s style fits Curse of Denial perfectly because it is more melodic than technical so having that bass playing the guitar part also adds a whole new sound to the melody.

Shawn Hapney is a very reserved drummer, but intricate at the same time, and doesn’t overplay on riffs as he stays in the pocket and absolutely destroys it. Also, he finds plenty of ways to keep his drum beats fresh baroque cymbal work and killer fills. The groovier beats he accomplished to create fit with the guitars so well, like on the opening track “Variant”, are addictive to hear, but are well preserved throughout the EP. Throughout the rest of the EP Shawn is blasting away through the droning tremolo-picked melodic riffs or cooling it down with a simpler beat over a canorous Old School Death Metal riff.

From start to finish this was a great album to listen to, both instrumentally and vocally and I recommended this to anyone looking for a little Blackened added to their Death Metal. (Phoenex)