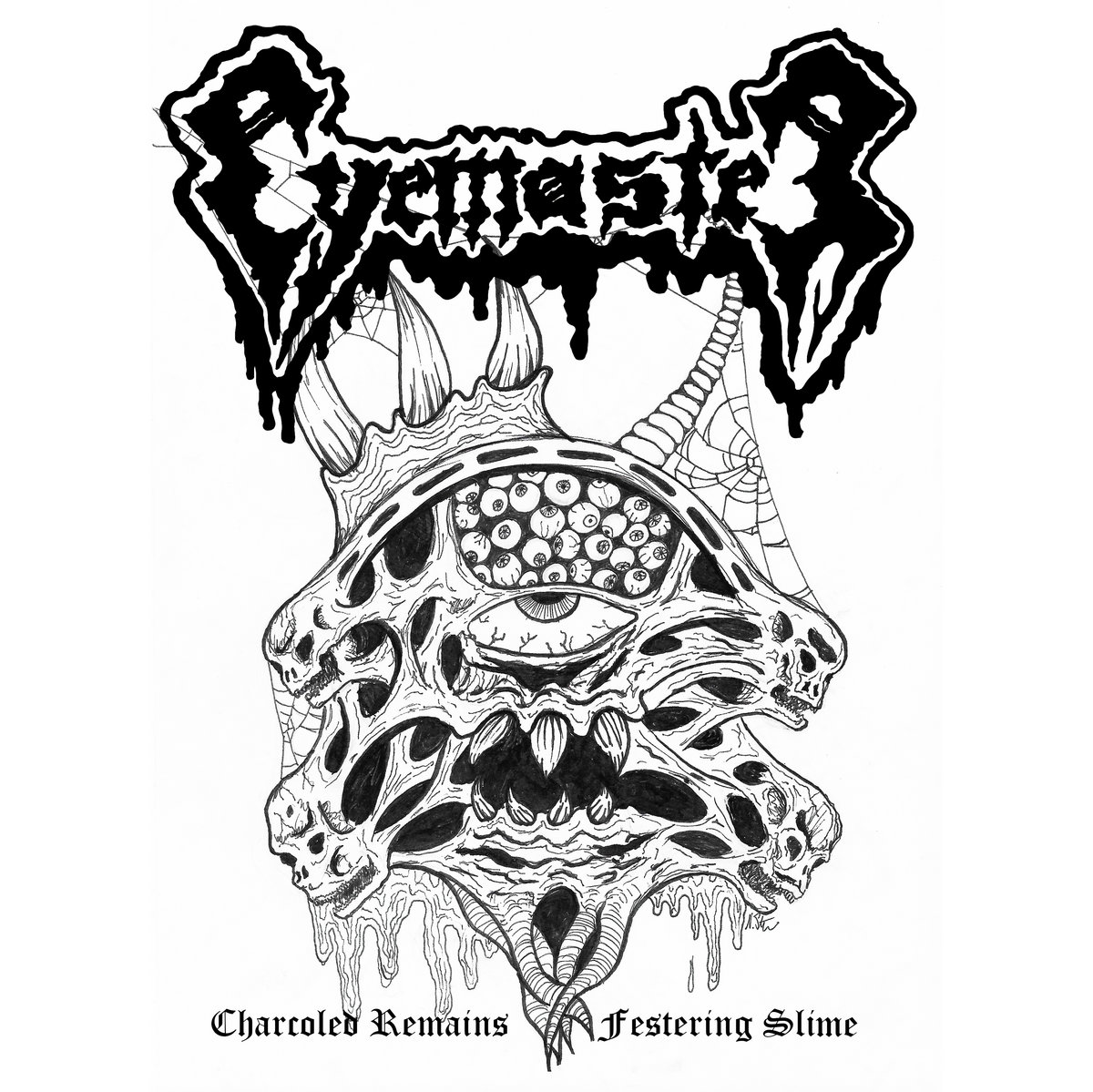 Naming yourself Eyemaster and playin’ some Old School Death Metal, you can bet your HM-2 pedal one of the influences is Entombed.

And darn it, Judy…Entombed it is!

The two-track demo “Charcoaled Remains / Festering Slime” is rockin’ and groovin’ the way you can expect from a German act who thought mixing Entombed and Grave with Autopsy and Pungent Stench is a million dollar idea. Adding a Nirvana 2002 vibe which hangs around as a veil as well and the devoted Death Metal enthusiasts know enough to check Eyemaster out…at least.

“Charcoaled Remains / Festering Slime” is not a demo that will kick-start their career sky high, but definitely a neat one. (Ricardo)