Khandra – All is of no avail 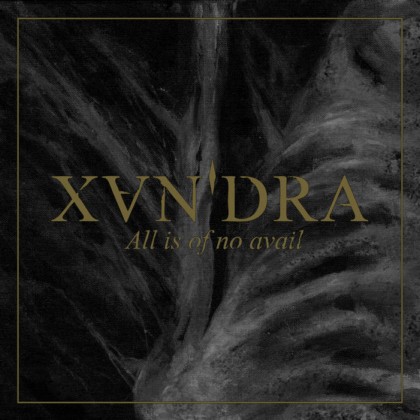 A new promising act from White Russia featuring members from Essence Of Datum and Downcross , emerged from the ether with their first EP “All Is Of No Avail” last year. This time with a touch of black metal in the footsteps of MGLA and some Black Altar…Polish black metal seems to be a great inspiration nowadays. You will get melancholy, blues in Russian as their sound goes all towards those territories. The 2 track EP clocks in at almost 15 minutes, with classy groove and dark melancholic vibes like MGLA provided us during the last years. Khandra unleashed some great riff collages occasionaliy, with a good dose of head bang quality which makes Khandra a really promising band for the future. Latest Behemoth like hymn character towards the end of the second song works in their favour as well. Some little things (hymns) are still missing, but talking about an EP they still have enough time to prove them self to reach bigger stars in the firmament. Something to keep an eye on. (DPF)