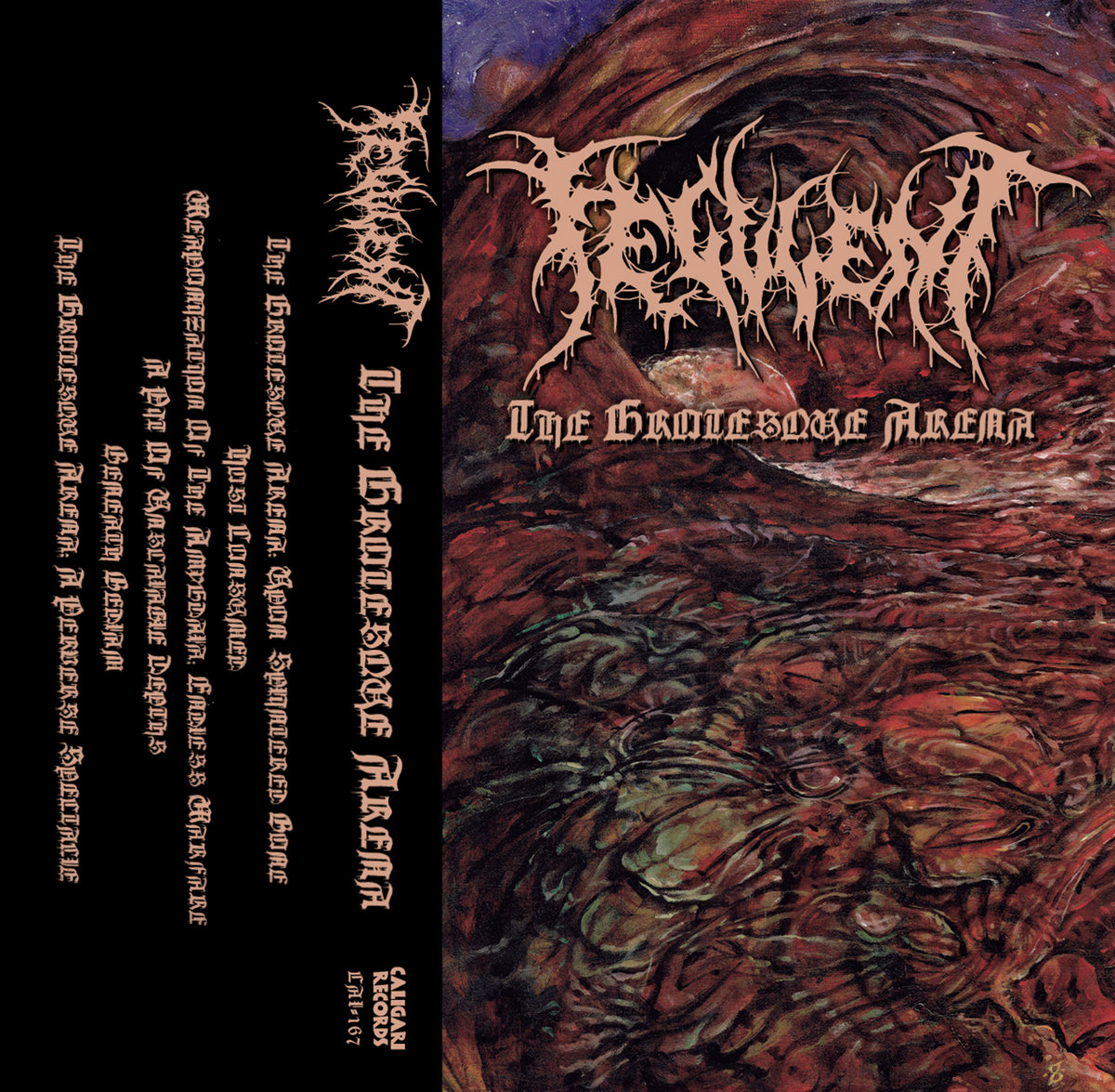 I’ll say it again, Australia is heavily underrated for the contemporary metal scene and four piece project Feculent is another gorgeous example of why we should pay more attention. In a cross of being too short for an LP yet a bit lengthy for an EP, debut release “The Grotesque Arena”, bonds a tasteful mesh of Death, Doom, & Black Metal styles centered around discordant capacious arrangement. Conjuring members who’ve already established themselves in other acts like Snorlax, Idle Ruin, and Contaminated this otherworldly lineup presents a whole new entity that taps into more experimental deconstruction that’s unpredictable, yet full of sentiment.

First album cover art done by Brisbane based artist & illustrator, Jon Weber, described this as a “hellish shitstorm” which truly conveys the Feculent band meaning and visual impact to correlate with their music;a couple other albums to reference with a similar cover style is Carnage “Dark Recollections” & Fetid’s “Steeping Corporeal Mess”.

Each member is a piece to this malodorous puzzle. First off you got the multi faceted drummer Brendan Auld, who taps into hammering blast beats that pummel you into a state of oblivion, yet generates expansive colossal voluminous riffs resonating into a boundless cavernous atmosphere, good instances are intro “Upon Splintered Bone” & “Weaponisation of The Amygdala: Endless Warfare”. Vocalist Mark Boulton’s hostile gutturals churn into those penetrating shrills, some of my favorite examples are on tracks “Host Consumed” & “Beneath Bedlam”. Of course gotta mention those killer riffs constructed by Kaleb Doherty, most notable tracks to swoon you with licks are “A Pit of Unscalable Depths” & the outro on closer “A Perverse Spectical”.

To some you might feel gypped of play time running under 20 minutes, but for those optimists, there’s more to be savored in the near future! (Tori Belle)