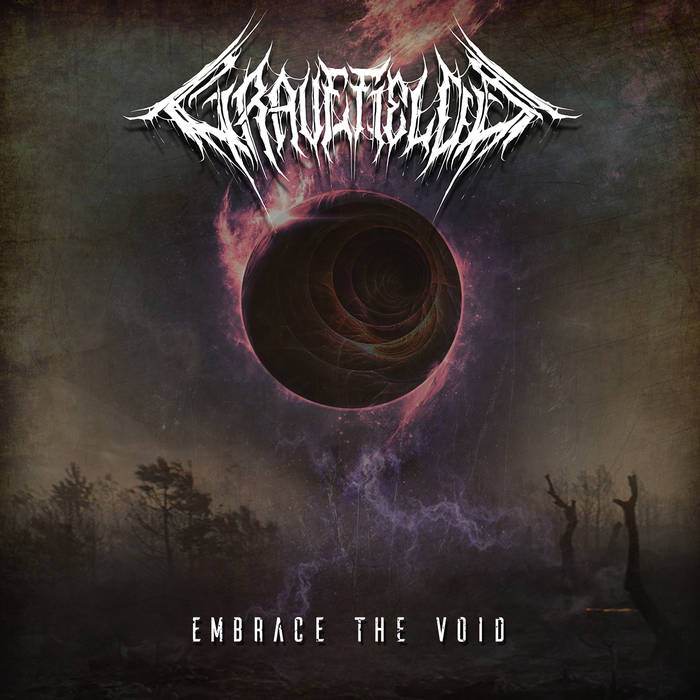 Previously known as Dirtyprotest, this band have now benefited from both a change of name and a change of sound. Whereas the band’s debut album “Hellstorm”, was essentially a Swedish Death Metal affair, “Embrace the Void” is a wider-ranging beast.

This two man band hailing from France and Egypt, we have Alan Hurley on all the instruments and programming and Thomas Blanc on vocals, is for fans of Hate, Belphegor, Hedonihil and Swallow the Sun. I personally think this is one of the best albums of the year and it will definitely be in my top 10. The first song on the album is “Psychoactive Rites” which is a barrage of Black and Death Metal. These guys obviously know what they are doing and they are doing an immaculate job of it.

Gravefields create a record whose sole purpose seems to just consume all light and life. This perfect piece produces a vacuum which sucks the force if life out of everything.

Such power is far from rare in today’s climate, but that doesn’t make this any less potent or enjoyable as Gravefields clearly know what they’re doing for this album and it shows. With unstoppable rage and a bloodlust that simply can’t be sated, you can’t go wrong with “Embrace the Void”. (HaCeBo)