Intellect Devourer – Demons of the Skull 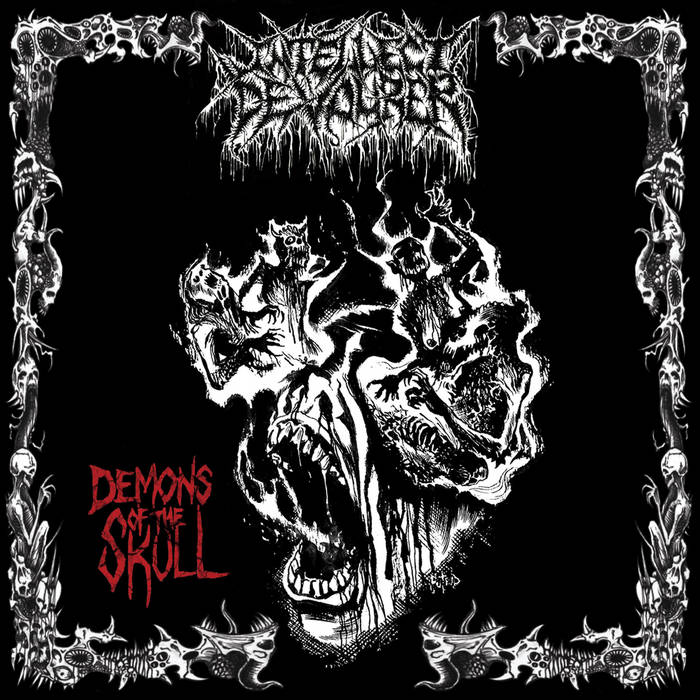 Although this is the debut album of Intellect Devourer from Australia, the band started back in 1991 and existed for 3 years. They split up and the drummer started StarGazer and created some well acclaimed albums like “The Scream That Tore the Sky”. Got back together again, split up…and got back together again in 2012.

This album contains songs composed throughout all the years of existence and you will hear some similarities, be it Timeghoul or Altar’s “Throne of Fire” during opener “Damien Rose from the Tomb of Jesus” or traces of Death during the title track, it results in a technical Death/Thrash album that will attract those who enjoyed the style in the early/mid 90s. And there are some cool leads on this one as well. (Ricardo)