Graveir – King of the Silent World 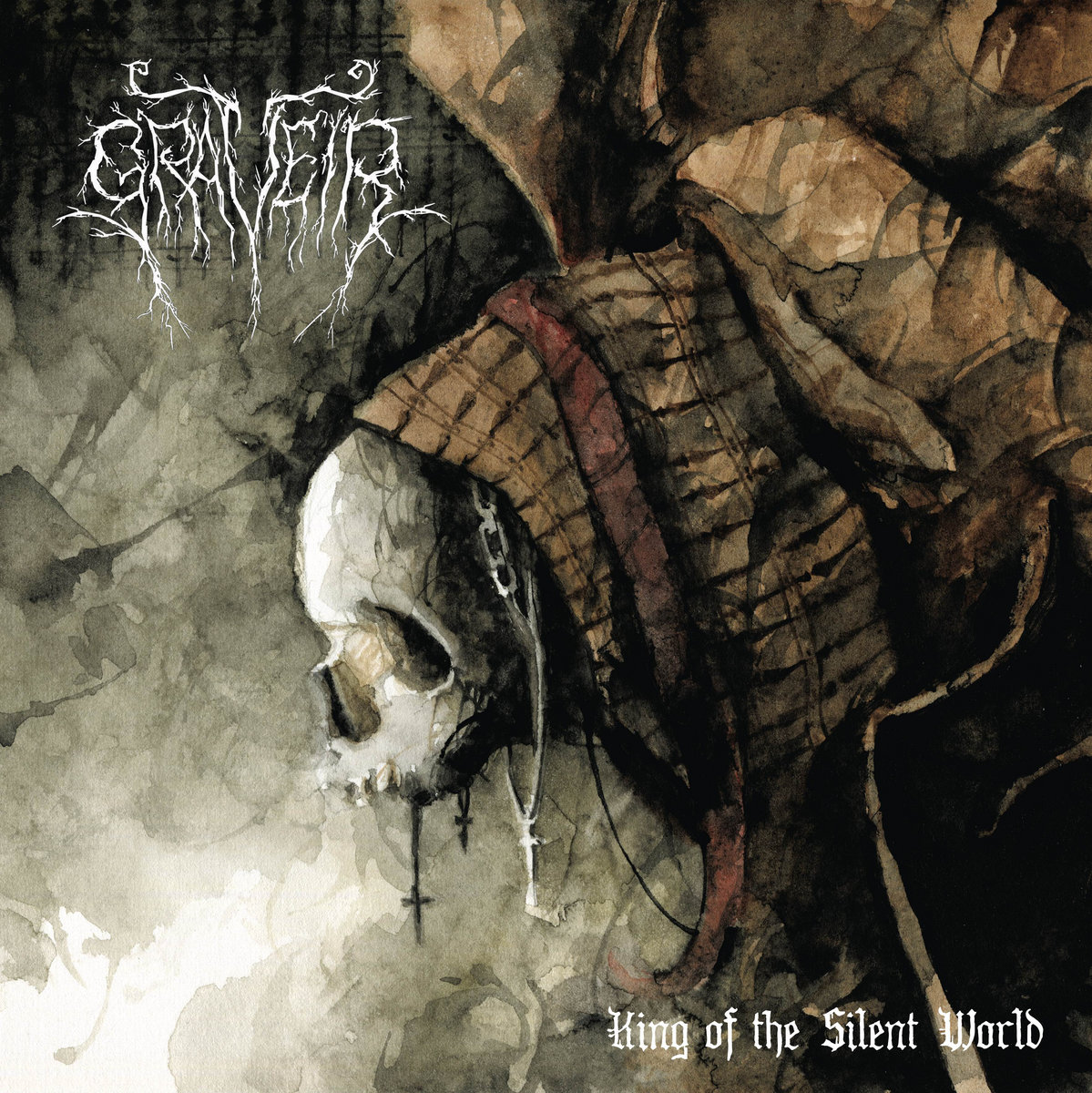 Australia, 2014, Graveir spawn from below to unleash Black Metal over the world! 4 years after their debut “Iconostasis” they present us “King of the Silent World”, a monstrous, almost 1 hour of darkness the Australian way, even If this is closer to the northern side of the world, the destructive, chaotic force of down under is omnipresent.

It has that melancholic feeling, the emotional, pain-laden atmosphere and the full force driving attack, well glued together to a somehow unique record which has its old school moments but looks further for most parts and just lets you drown in the dark landscapes the band is drawing. The more you listen to it, the more details will pop in your head/ear. To me this is one of those records you have to listen in its entirety and take your time to fully grasp the potential. Be it on the faster as well as on the slower side, Graveir manage both with ease and throw in some killer ideas like the open riff in “Bathed in Acheron”, killer mind opening chord!

Those finesse and change of mood makes this record a killer output and something fans of a more modern approach of Black Metal should listen to. (DPF)