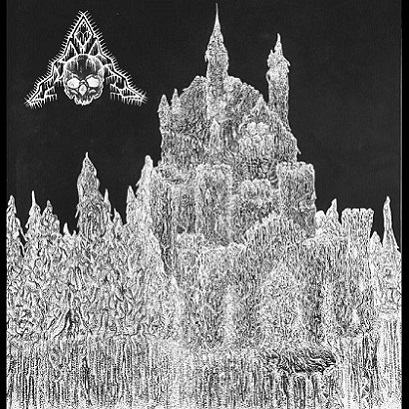 Back in the day when The Great Mackintosh was but a wee grasshopper, albums came out with stupid stickers on them with dumb shit saying stuff like “Parental Advisory – May Contain Strong Language” and other stupid crap that would only want to make you buy them more. I say this only because this one should have a big sticker on it saying “Holy Fuck – Prepare To Shit Thy Pants” on it’s cover. Why? Because right from the start I must admit I may have soiled myself once or twice on the first listen, and now have a packet of handy wipes near me every time I press play. Okay it’s a fucking demo, it’s not going to be at your local record store, and that is probably a good thing. We have enough shit in the world to deal with without you all crapping everywhere also.

Musically, this is a fucking nightmare that you don’t want to wake up from. Production values are raw, but technicality is well on display. These fuckers from New York are all over the place, but not in the kind of way that either makes you feel like you are going to out wisdom that little Tech Death dude that lives down the street that you just wanna throat punch,This is Death Metal, and of the sort that would make the hair on the back of Chuck Schuldiner’s neck stand up. No disrespect to a legend, this is how good this fucking shit is.

It blasts, it crushes, and it destroys near everything in sight. I’m not even gonna bother covering every track, because you just need to hear THEM ALL! Riff upon riff of utter brilliance awaits you, and you’d better have some wipes ready or be near your local dunny because you too shall shit your pants. Okay, track two “Ineffable Tumult” is probably the best way to show you how much these guys are gonna make you believe that Death Metal is not only alive and well, but also running up your street, flailing its arms around and kicking your horrible neighbours right in the balls. Perfection personified.

Fuck. I need a lie down, and might listen to some Motley Crue to calm myself..Yeah, like fuck. I’m just gonna crank this as loud as I can and watch all the wildlife leave my area. Fucking sheer utter greatness, and the scary part is, that this is ONLY a demo. One can only imagine the devastation these blokes will cause when they release an album. Fuck global warming, I’m more worried about my mental health when they do! If we had a rating system, this would be a sixteen out of ten. You need this, so stop reading my crap and go get it.

I haven’t been this excited since eighteen dickety six… What a fucking opening statement for any band. Just wow. (The Great Mackintosh)