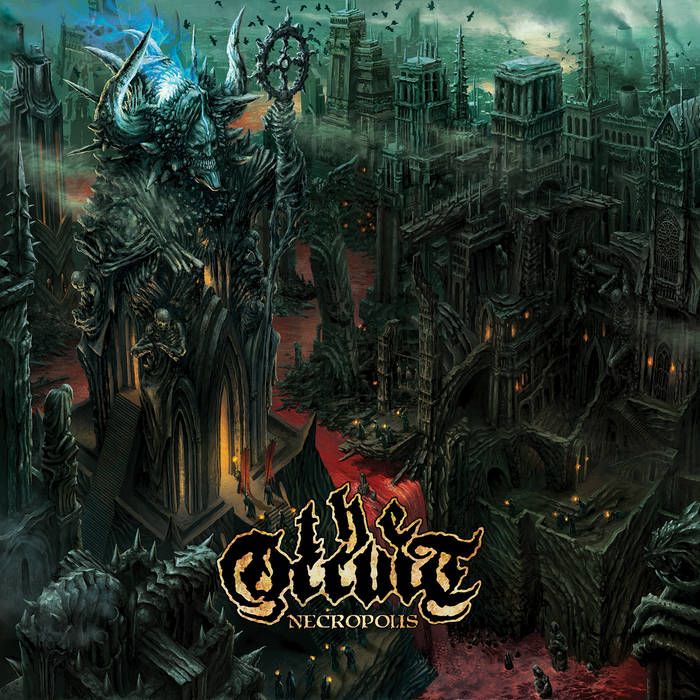 Risen in Moscow in 2011, this outfit has evolved from Hardcore / Crust to Death Metal.Their first demo ”The Occult” (2011) and their first album ”Omega” (2013) sounds like pure raging Hardcore/Crust. It is since their 2014 release, the ”III” EP, they switched to something more Death Metal sounding stuff but you can still hear Hardcore or Crust influences in their music. 2015; a digital single called ”The Dogs of War” came with one self-titled song and at that moment you can hear more Death Metal, something like the balance went 70% towards Death Metal but still with a Core smell.

Their second album ”Necropolis”, co-released by Redefining Darkness Records and Raw Skull Recordz on CD format, I dare to say the balance went 100% Death Metal with 9 heavy songs in the Russian language. I guess they have changed the vocalist because on “Necropolis we can hear the beauty of growling vocals (finally) and of course the influences changed, as it is very much in the Swedish / Finnish classic sound. The guitars have the chainsaw sound and there is no Core anymore. It’s a mystery (well, for me that is) how a band can turn from a style like Hardcore to this kind of Death Metal but they did well because this album scores high points in my book.

Personally I see it as a ”debut” as this absolutely doesn’t sound like previous releases. I said they did well because I do enjoy this one and Hardcore/Crust aren’t the kind of styles I use to blast on a regular basis. If you need a direction, its similar of what the Acephalix did, they started with some Crust driven sound but they turned more into Death Metal on each release until they have given birth to a ”pure blood” Death Metal release. Well, this is the same case.

Definitely an album that deserves your attention if you are into the old Swedish-Finnish sound with much Bolt Thrower and Benediction groove. (Gangrene Pus)