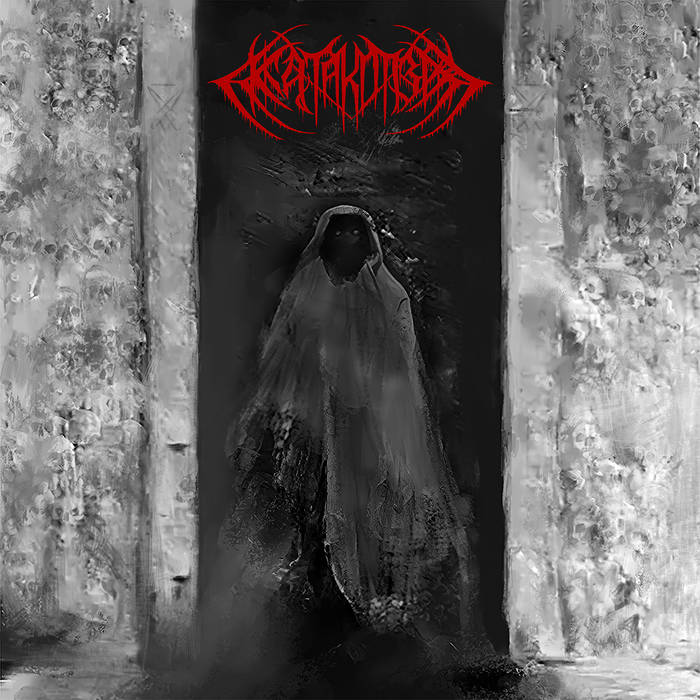 Generally, I find Redefining Darkness Records a bit of an odd label, a peculiar hodgepodge of styles and bands, a fairly large part of which also lacks quality. Often the bands and albums delivered are only of mediocre quality and don’t exactly invite you to put it back on after the first listen. If you put a gun to my head and forced me to name the best acts on their roster, I would struggle to come up with anything, despite the sheer volume of releases they put out. With Sweden’s Katakomba, the Canadian label does have an act on its hands that fires a solid debut at humanity.

Katakomba, a young band from the Swedish capital, with a clear penchant for the Swedish Death Metal scene from well before their births. It is given to very few bands in this particular style to come up with any surprises anymore, so that is also not what Katakomba does – and probably not exactly what the band intended to do anyway. However, Katakomba manages to get well ahead of a band like Paganizer, which operates broadly in the same musical vein, when it comes to effectiveness and freshness. Where Paganizer sounds jaded and uninspired, Katakomba still has energy and an infectious drive. So musically, nothing new under the sun, the HM2 buzzsaw sound is there, the subtle melodic leads, the mid-tempo supporting drums and the raw vocals. This self-titled debut is definitely worth checking out for anyone with a soft spot for Entombed and Dismember-like Swedish Death Metal.