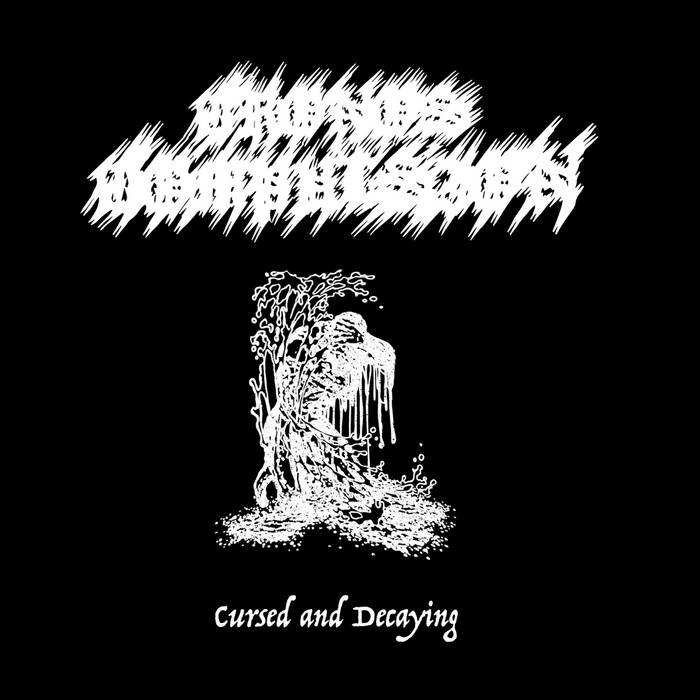 Hailing from Denver, Colorado, Death Metal trio Cronos Compulsion released their second demo in 2021 which was then re-released on cassette by the excellent Caligari Records. Entitled ‘Cursed and Decaying’, the demo features three tracks and was recorded and mastered at Studio Key.

Opening track ‘Cursed and Decaying’ builds slowly until an explosion of cavernous riffs and drumming takes hold. Cronos Compulsion are a band who are at their most deadly when the pace drops and so it isn’t long until the tempo is brought back and some truly brooding, savage riffs are well and truly the dominant sound. From there the band have a surprisingly catchy rhythm that flows along nicely until the next bout of monolithic, crushing heaviness is ready to descend.

I rather enjoyed the drumming display on offer for this demo; a collaboration of symbol crashes and muffled bass laden beats that sit nice and snug in the middle of some murky and satisfying production. The bass player too gets in on the action with a measured, powerful tone throughout, whilst the vocal work is primal growling from the abyss.

At the end of the day though, the thick meaty riffs and predatory guitar leads gives this demo a steely, menacing vibe. ‘Cursed and Decaying’ hints at much more deathly and crushing things to come out of Denver in the near future.