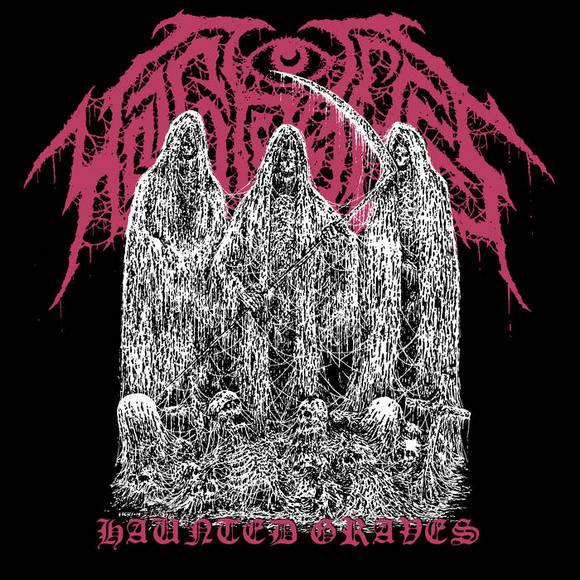 This EP was already released in the beginning of 2020, and was only released the digital way. Four tracks, so a little more than 10 minutes of death metal with many other styles absorbed in it.

The first tracks starts off with a great drum intro that explodes immediately and grabs you by the throat! The acceleration gives away the high absorption of Thrash metal and the crust insert, the vocals aren’t really the grunt style, but also has a more thrashy feeling to it with some hardcore vibes to discover.  Track “Sewage Communion” again is one with speedy determination that cracks your skull! “Ruination Supremacy” has some breaks in it and nice grinding riffs and great straight-forward vocals . The final track then again has a more black metal start, but again consists out of great riffs that rips constantly.

This EP is a short one, but what a ride dudes! Check this one out while you have your coffee. (Fredde; 18 November 2020 – Digital; Redefining Darkness Records)

Fredde already reviewed the Redefining Darkness Records version of it, but Corrupted Flesh Records re-issued the “Haunted Graves” EP as well. This one is a 2021 release, and this time on both vinyl (scheduled for later on this year) and a limited edition version on cassette. The limited Pink Pussy version even.

Hot Graves plays some Punkish Crusty Crossover with Thrash and Death Metal, so you get some speedy aggressive D-beat Metal, a whirlwind that thrashes everything on the side-walk when you press play on your good old cassette player. You just have to cherish your beautiful 1992 Honda Civic…even with bloodstains and a walker on the hood… (Ricardo; 30 August 2021 – Cassette; Corrupted Flesh Records)