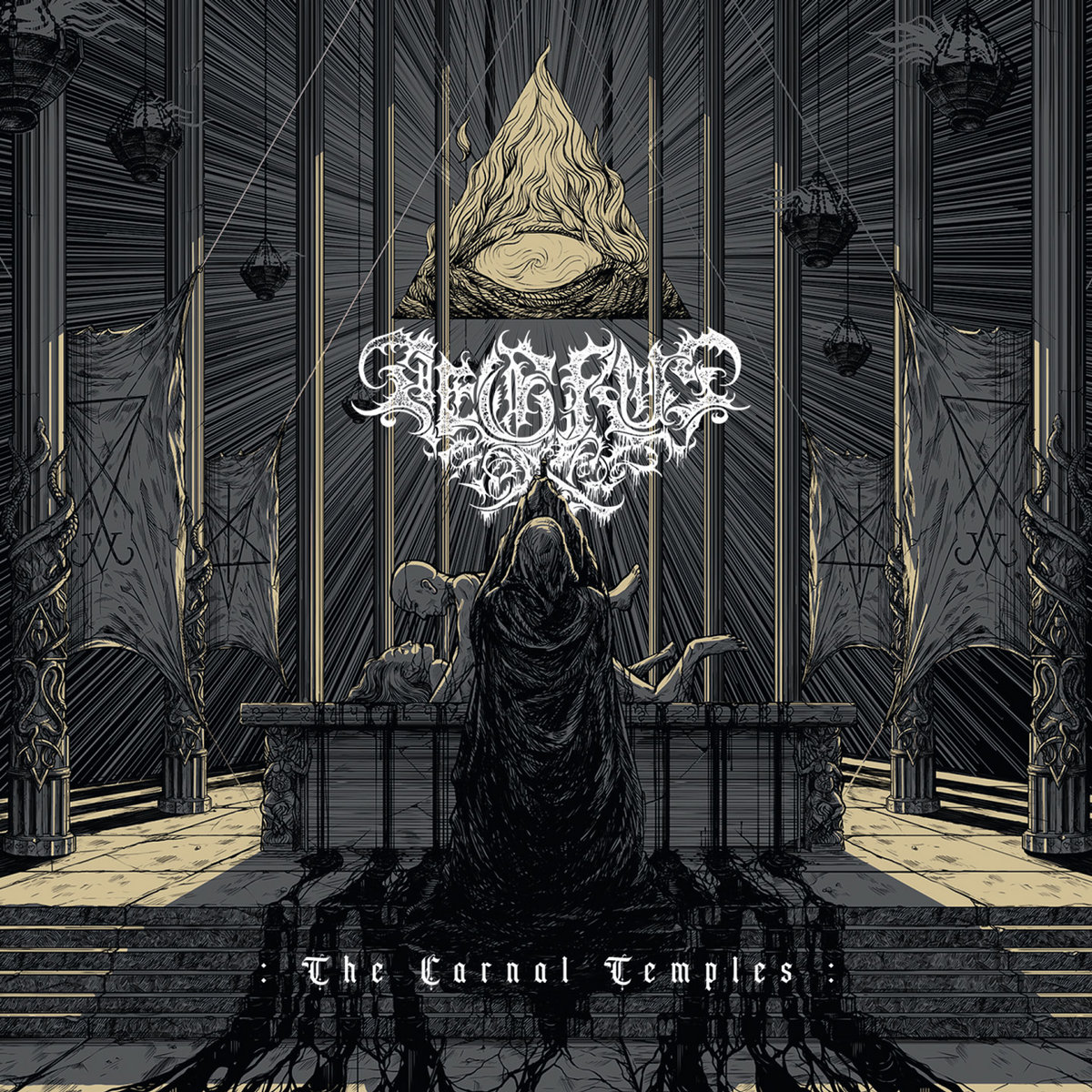 It’s not an uncommon thing for Finnish bands. They start off, release a slew of demos, but the fans have to patiently wait for that debut full-length to come. That at least also applies to Aegrus, whose roots go back to 2006 but the debut ‘Devotion for the Devil’ didn’t see the light until 2015. To be fair, it was quite quickly followed by two more full-lengths, of which in particular 2019’s ‘In Manus Satanas’ was received with great acclaim. To such an extent that the band moved from the modest Saturnal Records to the underground giants of Osmose Productions, who not only will re-release ‘Devotion for the Devil’ and ‘In Manus Satanas’, but also a brand new EP entitled ‘The Carnal Temples’.

The material on the band’s latest release is undeniably inspired by the Finnish Black Metal scene, that much is clear from the very first seconds of ‘The Carnal Temples’. And the material is a logical continuation of the sound displayed on ‘In Manus Satanas’. Heavily inspired by stalwarts such as Behexen, Horna and Sargeist, Aegrus does add a touch more melody, as is for instance clear in the opening section of ‘In Death Rapture’. But the first and lasting impression is that Aegrus knows very well how to craft their Black Metal, filling it with catchy grooves, plenty of pace and lingering melodies all draped in a dynamic formula. As a lot of Finnish Black Metal releases received at VM Underground tend to come to my review plate I’ve received numerous much more standard, and above all, much less interesting releases lately, a category that ‘The Carnal Temples’ clearly does not fall into. Instead, they take a very defined Finnish sound, don’t shy away from adding a touch more melody and a few solos yet never lose track of the raw and melancholic atmosphere that so typifies the scene.

While the legacy of Behexen, Horna and Sargeist stretches back further and therefore will always grant them a certain status, Aegrus really isn’t that far behind in terms of quality. ‘In Manus Satanas’ clearly showed that much, and ‘The Carnal Temples’ certainly doesn’t taint that reputation. And at 25 minutes, you get a lot of material for just an EP. Plus, it also comes on 10″ mLP, arguably one of the most charming release formats. Osmose is on fire lately, once again signing a band that deserves to be taken from the shadow a bit by being featured on one of Black Metal’s most renowned underground labels.