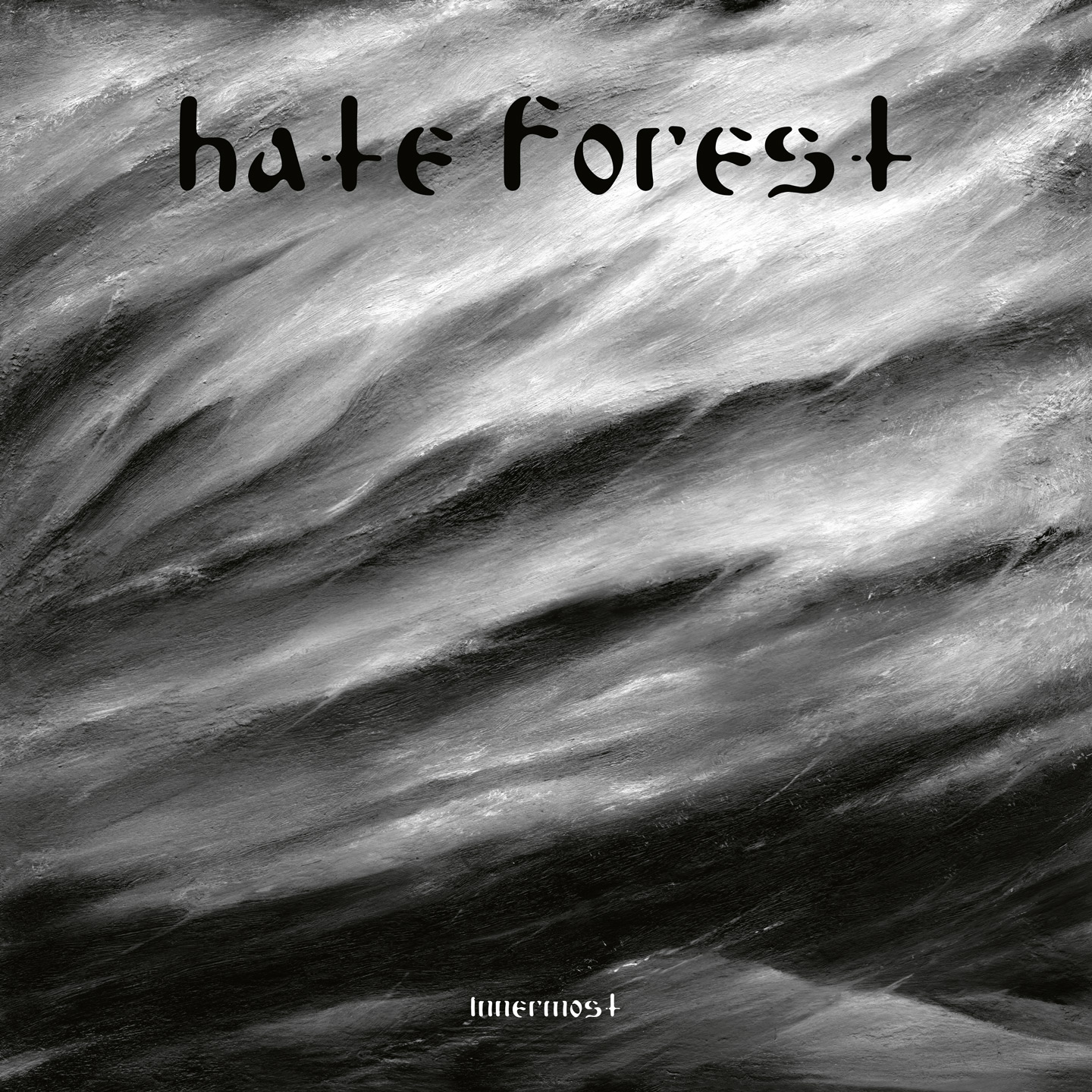 Out of nowhere, Hate Forest returned from the dead in 2020 with ‘Hour of the Centaur’, another showcase of the typical untamed Black Metal aggression bottled up in main man Roman Saenko. The album not only turned out to be a welcome comeback, but also one at an incredibly high level, as it came close to the classic Hate Forest albums ‘The Most Ancient Ones’, ‘Purity’ and ‘Sorrow’. In a similar surprising fashion, the newest Hate Forest album ‘Innermost’ suddenly appeared late 2022, once again courtesy of Osmose Productions.

Used as his vessel for pure fury and hate, you would expect an extremely angry album from Hate Forest considering the events in his home country of Ukraine. However, it’s good to realize that ‘Innermost’ was recorded on winter solstice in 2021, before the tragic events unfolded, so the inspiration for the album is rather his usual bottled up anger. That doesn’t make it any less aggressive though. The production is largely the same as on ‘Hour of the Centaur’, although a slightly sharper guitar sound accentuates the Black Metal aspect of the riffs a little bit more, much like it did on ‘Purity’. Another aspect that returns are double vocals; while the majority of the time Saenko utilizes his for Hate Forest so typical grunts and growls, these are alternated or backed up with shrill screams. This is used to great effect in for instance ‘Ice-Cold Bloodless Veins’, one of the songs that is directly in line with ‘Hour of the Centaur’. And so is ‘By Full Moon’s Light Alone the Steppe Throne Can Be Seen’, even though a short acoustic break adds a different element to the album. The acoustic breaks come back in a more extended variant in ‘Temple of the Great Eternal Night’, adding a different layer of melancholy to the song. This particular track also contains some of the most ferocious Hate Forest riffs you can find on any of his albums, some true gems in riff writing in my opinion. Closing track ‘Solitude in Starry December’ is also worth mentioning, featuring riffs that could have been written for the first album of one of Saenko’s other bands, Drudkh. I can imagine this would be a song that would be far too heavy for Drudkh but works excellently within the frame of Hate Forest.

‘Hour of the Centaur’ was an unrelenting and straightforward return for Hate Forest, much like the brutality of the debut ‘The Most Ancient Ones’. There are more nuances on ‘Innermost’, yet it never loses sight of the typical Hate Forest sound. Another great release by the band!