Krolok – At the End of a New Age [Re-Release] 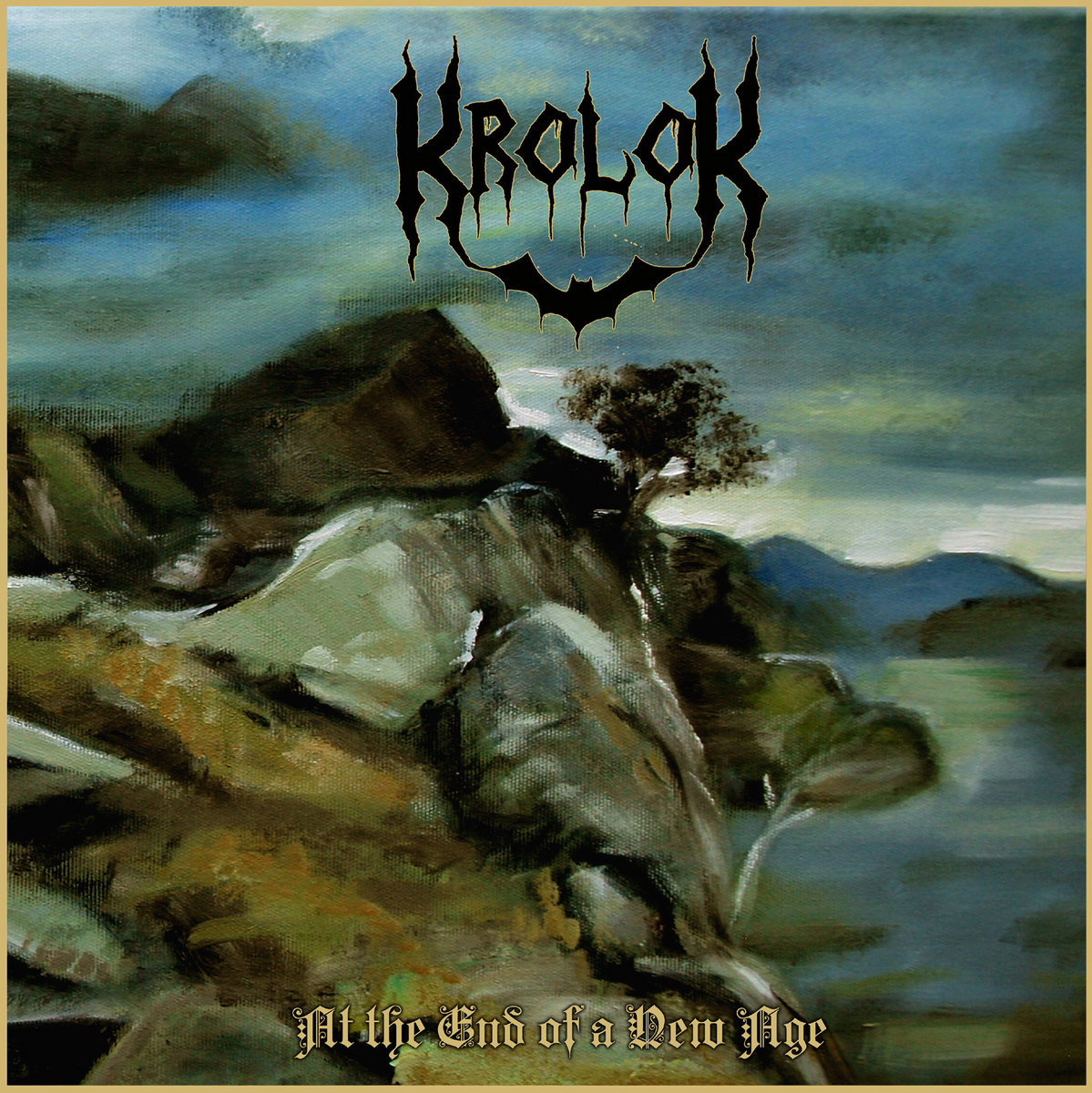 With the signing of the Slovakian band Krolok to Osmose Productions for their new album ‘Funeral Winds & Crimson Sky’, both parties also decided to re-release a large part of the band’s back catalogue. This includes the re-release of their demo ‘When the Moon Sang our Songs’ (see elsewhere on the VM pages for Ricardo’s view on that release), the EP ‘At the End of a New Age’ as well as the band’s debut album, ‘Flying Above Ancient Ruins’. In this case we are dealing with ‘At the End of a New Age’, which originally came out in 2016 just before the release of the debut album.

To those that are not as familiar with their music, Krolok plays Black Metal firmly rooted in the old Norwegian traditions, while mixing in influences from more local bands like Master’s Hammer. On the 2022 edition we not only find the original four tracks found on ‘At the End of a New Age’, but also the two tracks that were featured on the split with Temnohor from 2013. Starting off with the material on the EP, we find two tracks that would end up on the band’s debut. The versions of ‘Hunger of Her Eyes’ and ‘At the End of a New Age’ found on the EP are slightly cruder in sound than on the album, but musically are pretty much identical. ‘Cold Winds over Carpathians’ is an ambient/acoustic interlude exclusive to this release that connects the aforementioned songs. I can imagine that some would want to have the EP in this form to experience the flow of the songs as intended on the EP and with a slightly different (and rawer) production. But considering that both songs are also on the debut album that may not be mandatory for everyone to own this EP. However, the two tracks that featured on the Temnohor split offer an extra incentive to own ‘At the End of a New Age’. Both these songs also appeared on the band’s demo ‘When the Moon Sang our Songs’ but in a far rawer and less polished form. The versions found on this re-release are far superior sounding and fit well with the four originals tracks of the EP. On these songs the potential and style of Krolok is already evident, and fans of the band will surely want to hear these tracks. In particular ‘Ride a Roan Steed’ is an excellent track that easily fits with the band’s best material.

The re-release comes on CD and vinyl. Those that are into vinyl, Osmose has prepared the re-release on three different colors (black, gold and sea blue) that fit nicely with the great artwork displayed on the gatefold sleeve. It all depends on how much Krolok you already own whether you need this version of ‘At the End of a New Age’, but I’m pleased with how the edition came out and gladly support a band as sincere and authentic as Krolok.