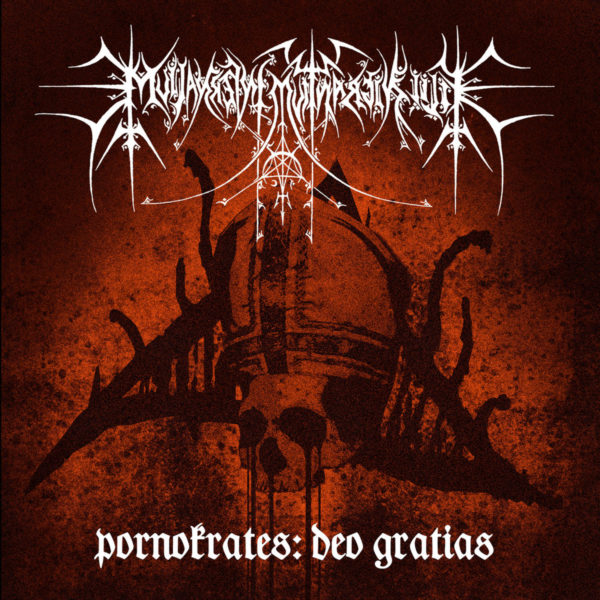 Originally released in 2013, Filii Nigrantium Infernalium second album “Pornokrates: Gratias Dei” is now being reissued by Osmose Production just in time with the release of their newest effort “Hostia”. “Pornokrates…” established the band as one of the best Black Thrashing Heavy Metal bands around the globe, being able to change between genres without a problem, incorporating Heavy Metal riffs and leads with killer Thrash grooves, Black Metal madness of the early days and some South-American (or here European) madness.  Still imagine Judas Priest, Venom, Vulcano, Exciter, Bathory and the likes all on stage and randomly play parts alternating to create such a mixture. The guys from Portugal really got their own sound, and I am glad to see this killer album being re-released. Thanks Hervé and thanks FNI. Porno is the law! (DPF)