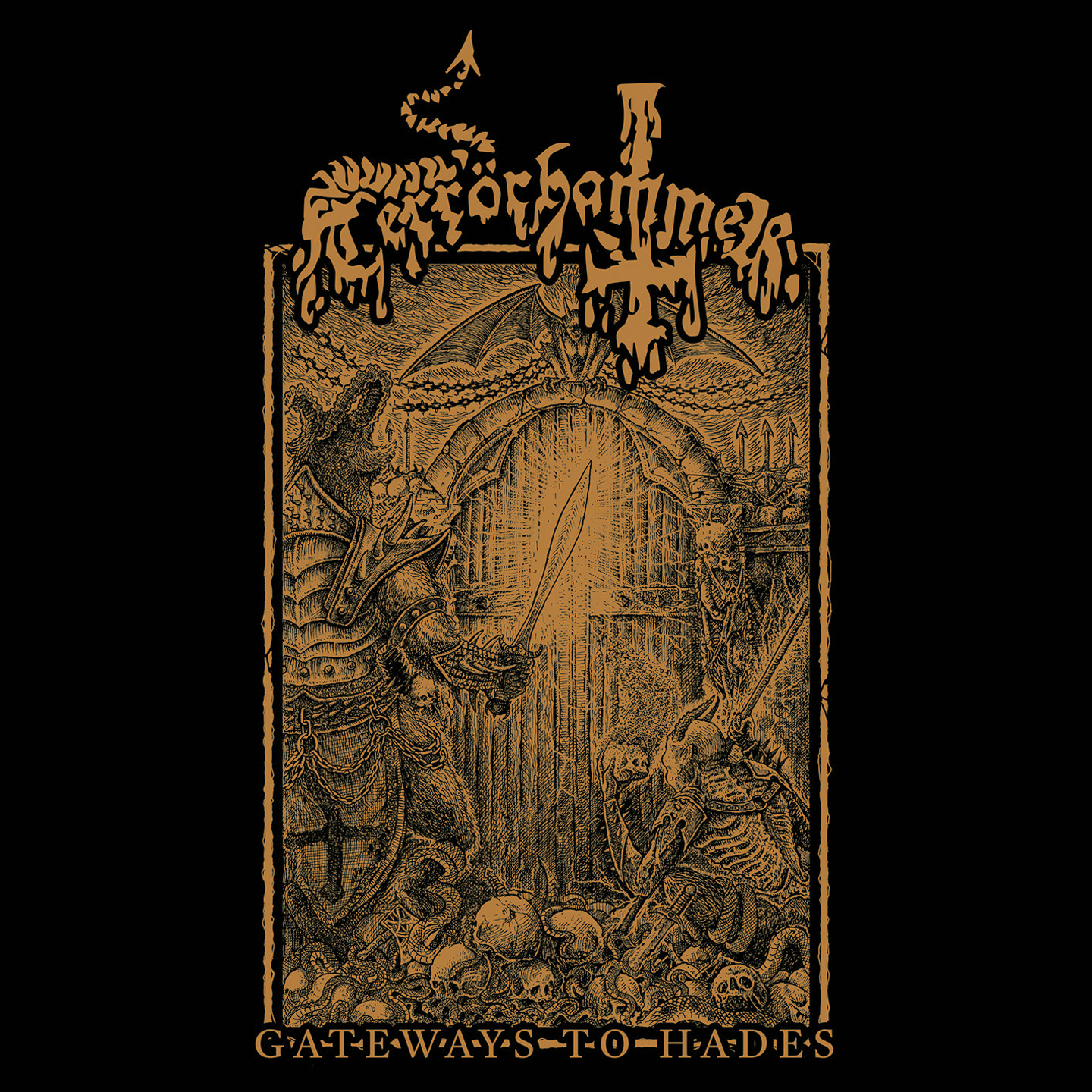 Osmose Productions are about to unleash the brand new album from Serbian occult/warfare obsessed Black/Speed/thrash Metal miscreants Terrörhammer. Entitled ‘Gateways to Hades’, this is the bands sophomoric studio album and will see the blackness of night on both CD and cassette. Terrörhammer come with an interesting history. Back in 2013 WarBeast Holocausto left the band due to personal issues with the rest of the band. When fellow founding member Pentagramator The Helltyrant continued on with the band, WarBeast did not give his consent and so the band forges ahead despite his vitriol!

Getting back to on topic and this brand new album that’s about to drop; eerie synth tones like something out of a Fulci movie lead us into the mayhem, and from there were hit with super fast axe wielding, belligerent drum tones and a constant buzz from the bass. As the lyrics of ‘At Dawn We Attack’ suggest, this album is all about full frontal aggression, though there is room for plenty of dazzling guitar solos and expansive guitar leads throughout.

‘Gateways to Hades’ isn’t an album that suffers fools gladly, nor is it an album with a great deal of variance to its style. However, due to the fast paced nature of the release this thirty five minute opus doesn’t lose any traction due to that, and the bands flowing technical expertise, especially in the wandering rhythms from the guitars, means that the quality stays high from start to finish in what is a surprisingly engaging listening experience. If you need a point of reference for this release, check out Swedish band Septekh, whose 2012 EP ‘The Seth Avalanche’ very much reminds me of this savage release. (Marksson)