Abyssic – Brought Forth in Iniquity 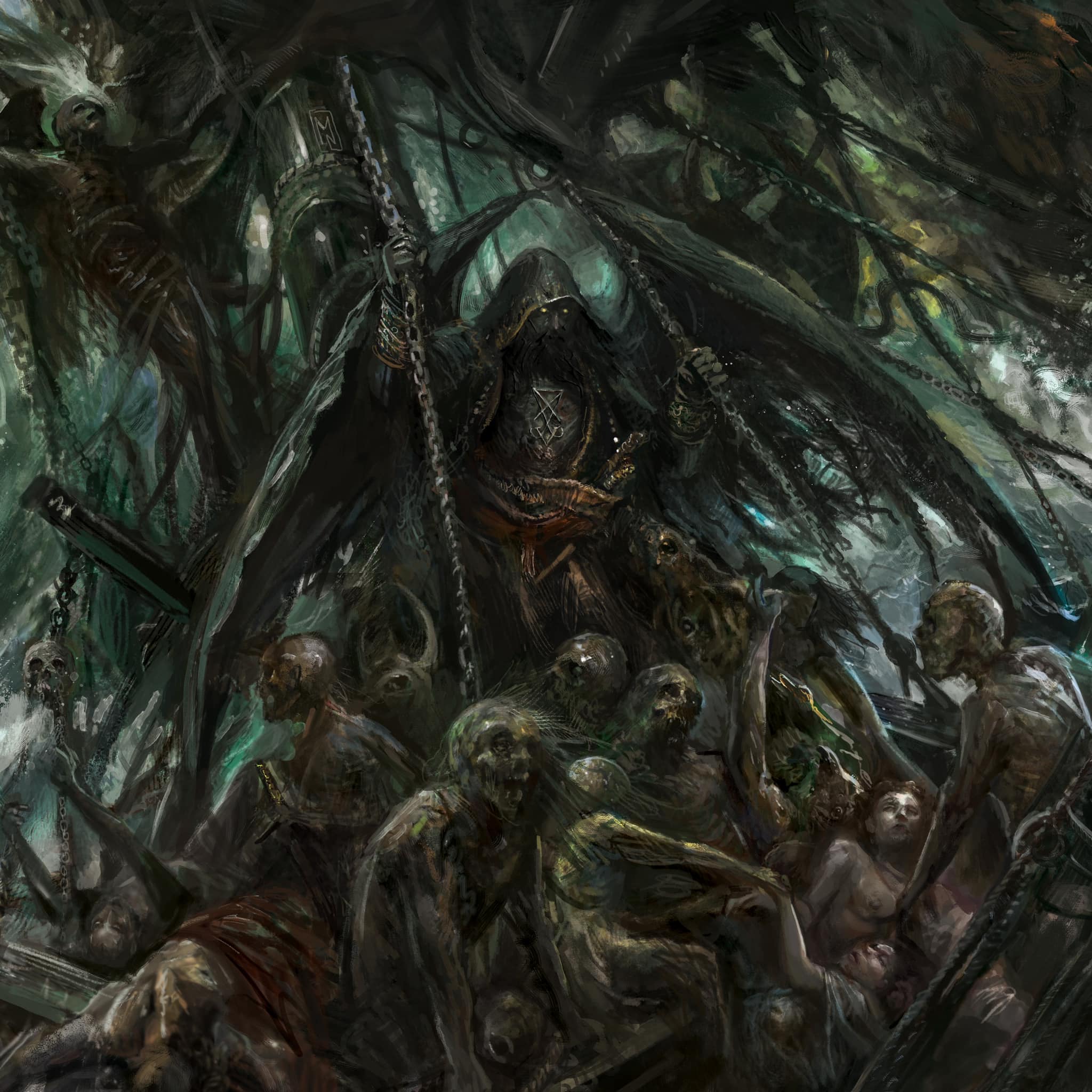 The history of Abyssic dates back to 1997, although originally under the name Abyssic Dreams. Since 2012 when the band became simply Abyssic, they have had a litany of members with experience playing in bands such as Susperia, Old Man’s Child, Dimmu Borgir, Borknagar and many more. With two albums already under their belts, namely 2016’s ‘A Winter’s Tale’ and 2019’s ‘High the Memory’, Norwegian Symphonic Doom/Death have emerged once more with a new opus, ‘Brought Forth In Iniquity’, and like their previous offerings have once more collaborated with French label Osmose Productions on the release.

Featuring five songs of slow, grandiose and oppressively bleak Doom Metal, enriched by soaring orchestral symphonies and sombre piano tones, and topped off with deathly anguish drenched growls, Abyssic’s third full length offering is a masterpiece of epic proportions, fit to match the dark, horrific splendour of the artwork that adorns it’s cover. And yet despite the sheer brutality of the music there is a quiet beauty and a painful melancholy to the album, with songs such as ‘Chronicle of the Dead’ and ‘Mirror of Sorrow’ feeling like a requiem for a lost of deceased love. ‘Brought Forth In Iniquity’ is brought to a close by it’s title track and this one song sums up everything that is right with the album. Expansive imaginative guitar leads, colossal soaring melodies and monolithic drumming all combining to create an atmosphere of utter desolation. Leaving your strongest track until the finale is a nice touch also. (Marksson)