Hate Forest – Hour of the Centaur 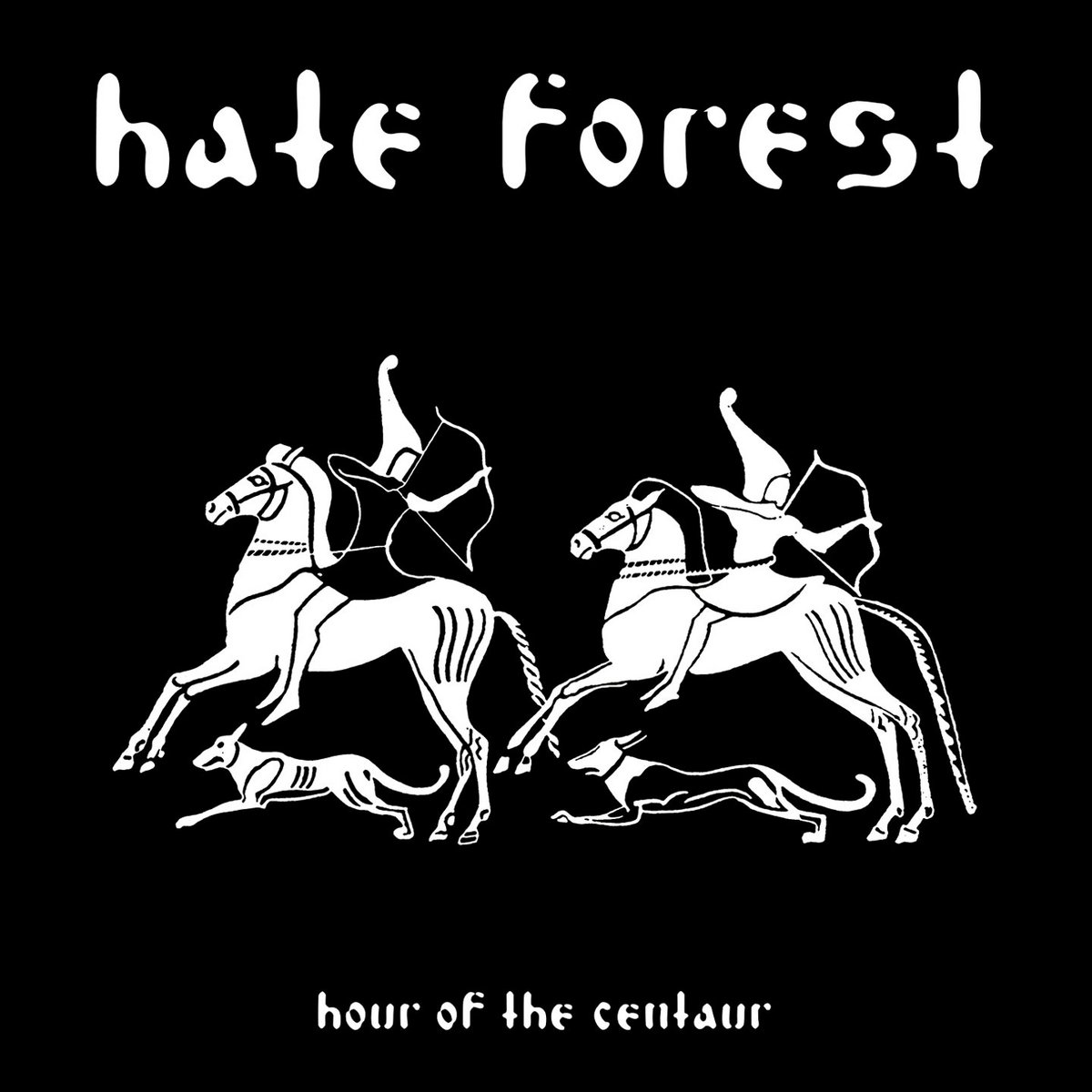 I think I can categorize you as one who is following the Black Metal scene for a bit and was completely surprised Hate Forest has risen from the grave and announced their comeback with a new album. Main man Roman Saenko already gave a bit of Hate Forest’s vibe with Precambrian’s “Tectonics”, which was also released in 2020, but now are dealing with the real deal itself.

A new Hate Forest, colour me surprised…there is  a lot to say and in the meantime only a few words is enough as well. If you don’t know Hate Forest, most of you know his work with Drudkh where he practices the more atmospheric part of Slavonic Black Metal, with Hate Forest it is more harsh and indeed…hateful. Also the vocals are quite different as within Hate Forest Saenko uses a low growl, like in Precambrian.

That is enough for the ones who weren’t familiar with this Ukrainian juggernaut, and for the ones who are familiar…just listen to opening tracks “Those Who Worship the Sun Bring the Night” and “No Stronghold Can Withstand This Malice” and witness the comeback of Hate Forest with icy repeating riffs, uptempo dark melodies and especially in “No Stronghold…” pounding snare drum. The same snare you will hear during a dark track like “Anxiously They Sleep in Tumuli”.

Once again…a surprise, but a fuckin’ pleasant one. What a marvellous album!