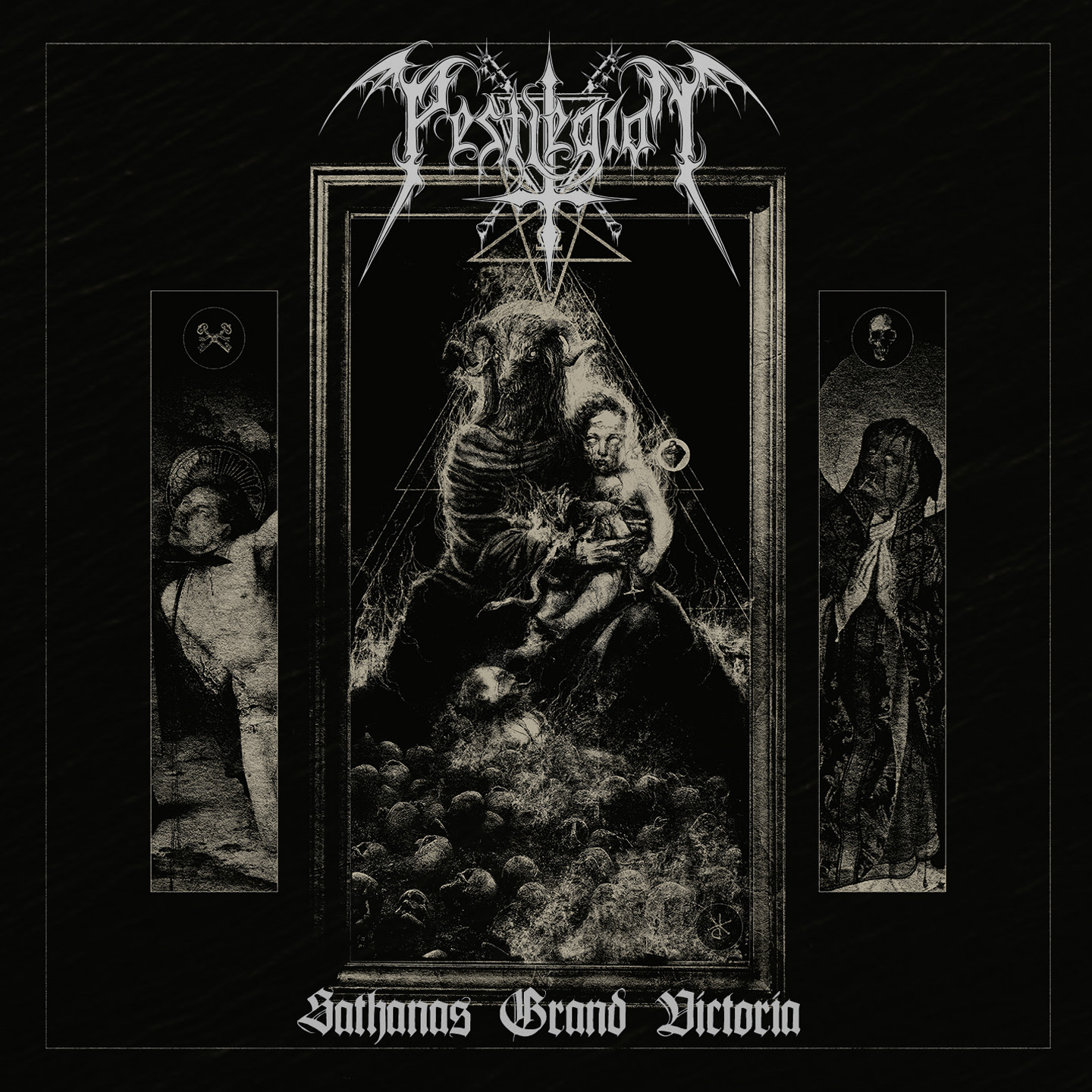 By some weird disconnection in my brain, I keep thinking Pestlegion is a French band (probably combining Peste Noire and Les Légion Noires into one word), but in fact they are very much from Germany. The sound of their homeland could even be heard on their debut album `Dominus Profundum’, released by the humble Bret Hard Records. Although undeniably a Black Metal record, the music clearly showed the roots of the titans of Thrash Metal that the country is known for. A diverse record of well-played Black Metal, that rightfully sparked the interest of the French (just to confuse me more) label Osmose Productions, which became their new home for the release of 2022’s `Sathanas Grand Victoria’.

Compared to the previous album, drummer T. has left to join Sodom, but his replacement Daementhor is no slouch either and his creative drum work can be clearly heard throughout the album. There is more room to appreciate this through a clearer sound on the record compared to the debut, which enhances the room to showcase the band’s diversity on the album. Musically, the album is a continuation of `Dominus Profundum’, yet more expanded. In tracks like `The Warlock’s Curse’, `Ketzer Reim’ and `Into The Golden Valley’ the infusion of Teutonic Thrash Metal roots in their Black Metal are clear, adding a degree of epicness to the tracks. On the other hand, there is a Swedish vibe to the songs as well, where at times the music sounds reminiscent to acts like Dark Funeral and Dissection. That sense of melody that the latter influence was known for to me is most clear in tracks like the title track and `The Portal’. The great skill and varied songwriting are definitely amongst the admirable qualities and make `Sathanas Grand Victoria’ an enjoyable record, that I’m sure will appeal to a lot of listeners. Admittedly, that diversity is a little bit of a double-edged sword for me, as it is both one of the main qualities of the material, but also a bit too much for me at times. Still, those that like German Black Metal that is well-played, fast, melodic and varied should definitely give Pestlegion’s `Sathanas Grand Victoria’ some well-deserved spins. (VincentP)