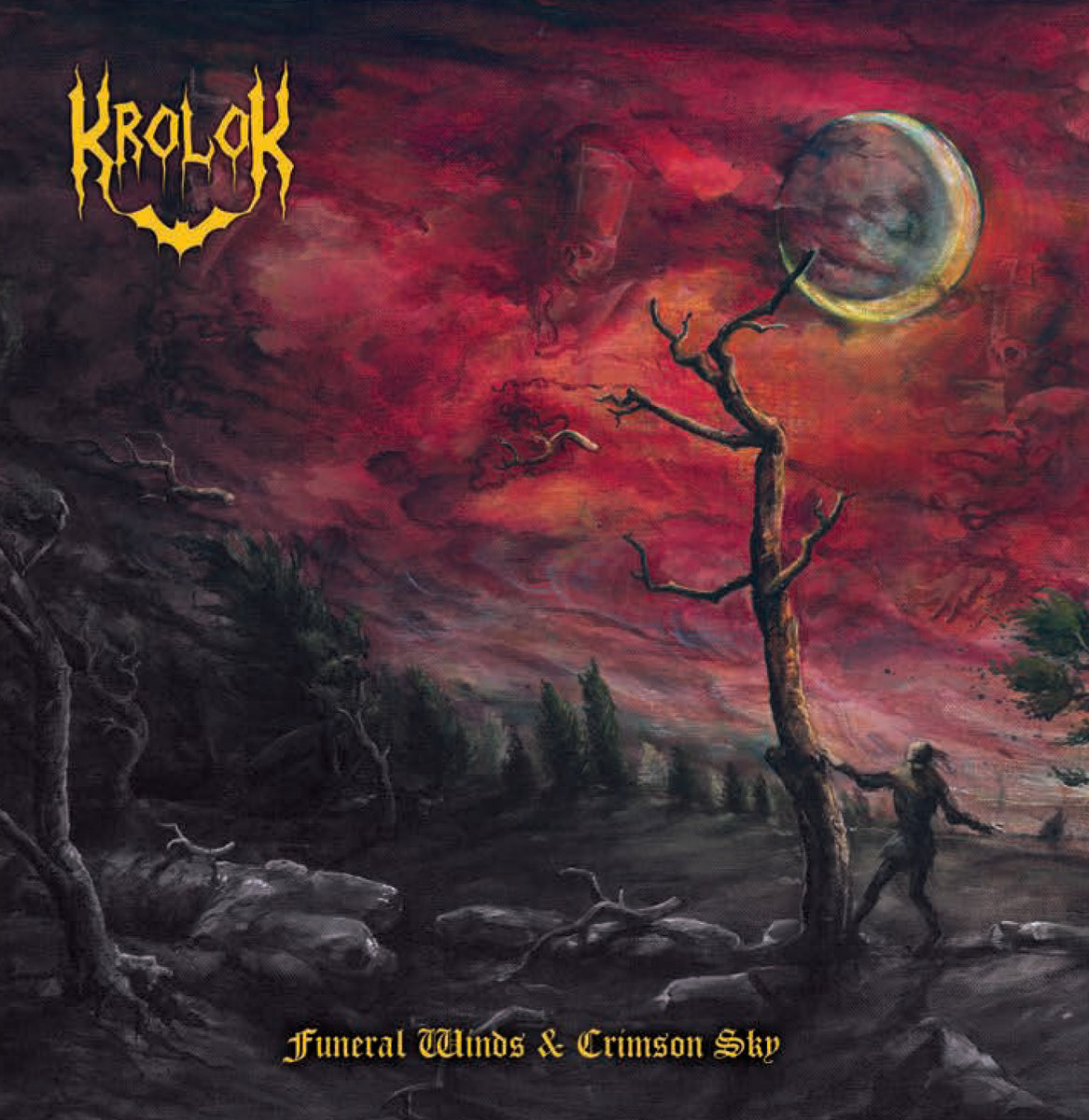 Krolok’s debut album, `Flying Above Ancient Ruins’, was an impressive release of Eastern European Black Metal that left me excited for follow-up material. The Slovakian band, whose members also feature in Malokarpatan, presented Black Metal in the vein of early Master’s Hammer and traditional Norwegian Black Metal. Following the release, the legendary Osmose Productions was wise enough to sign the band for their sophomore album, as well as re-issues of their entire back-catalogue of recordings. And to be honest, I couldn’t see a better pairing between the band and record label.

`Funeral Winds & Crimson Sky’ is not only a great title; it comes adorned with a beautifully illustrated cover image (vinyl lovers will be pleased to find that the first pressing vinyl version comes in perfectly matching colors). But most of all, the title, artwork and music perfectly fit together. While Malokarpatan developed a tasteful blend of Black Metal, Heavy Metal, folk elements and an increasing dose of Bathory, Krolok serves up a more traditional approach to Black Metal. Think of the classic Master’s Hammer album `Ritual’ and the first wave of Norwegian Black Metal bands, especially Darkthrone and the earliest Satyricon albums. Not too many frills, just riffs, rawness and reverb with a good sense of atmosphere. `Funeral Winds & Crimson Sky’ is a logical and clear step up from the debut album, featuring a more varied sound palette without losing the fierceness. The production is clear, yet raw and punchy with plenty of reverb on the vocals to carefully capture the atmosphere matching with the title and artwork. Keyboards are tastefully used in the background to enhance the atmosphere, for instance like on the opener `Black Lore of the Fens’, the previously released single `Towards the Duskportals’ or the epic closing track. Except for the intermezzo `Path to the Haunted Ruins’, all songs clock over 5 minutes in length yet manage to remain interesting throughout. Therefore, picking favorites is futile, since at no point the album skips a beat. And with that, the band effortlessly matches and surpasses the already impressive quality of the debut record. This is not a band to sleep on! (VincentP)