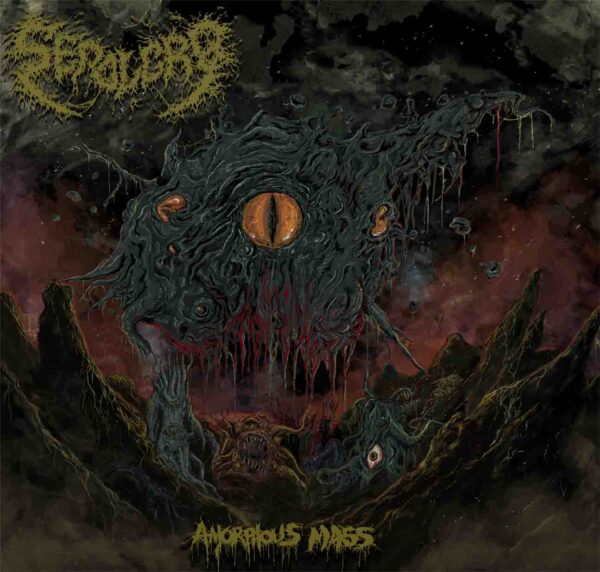 “Abyssal Death Metal inspired by the legends of Necronomicon” is what you’ll read if you were to go to the official Sepolcro bandcamp. It almost serves as a warning that this isn’t for wimps and posers. Here they return from a compilation and promo last year with the ep titled, “Amorphous Mass” It’s straight up evil, fear inducing slab of death metal all the way from Italy and it is here to pummel you straight to hell.

You can just feel the tension from the opening bells that start, “The Malevolent Mist” and then blast beat savagery that is there to stay throughout. The one thing that stands out is the kind of doominess or doomyness? The doom element stands out with a nice break in between the mid paced riffs.

As the riffs decompose into your brain while working your way through this monster, track 4 titled, “Unnamed Dimension” there you’ll hear more of the HM-2 swedish sound with a slower kind of jam in the middle that really adds to what these guys are all about. You can hear all of their influences really come out as it gets further in.

AND NOW WILL YOU ALL PLEASE STAND FOR THE PRAYER, “An Ancient Summoning” sits us all down for a nice prayer break to worship and summon Baal. While the last song and album title, “Amorphous Mass” absorbs us in to a flurry of villainous vocals with a riff that is the lowest and one of the slowest on the album. The last song is a total banger and just adds to the overall ferociousness of the EP. Would highly recommend this for anyone looking to lose a head. (JonG)