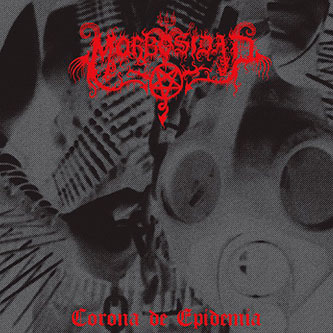 Can`t believe that this should be the final album of “Morboso metal” like they call it. Morbosidad were formed in 1993, a beast of a Black/Death band delivering tons of splits and only a few albums, but all with such a fierce violence like only a few were capable of. The last album came out 4 years ago and was praised high in the fan base and the newest, “Corona de Epidemia“,shall be really the crown. This is savage from the begin ‘till the end. Blast beats en mass, barbaric vocals, shredding guitars and rumbling bass like If they are on the frontline of a war that has just started. But hey, they also know how to slow down like a Panzer and bury everything underneath. During the last decade we saw a lot of bestial bands spawning like mushrooms, but only a few could be on par like the masters did (or still do), and Morbosidad still deliver and the Spanish language is perfect for this kind of brutality. Well, everything’s said now, let`s enjoy this disturbing piece. Farewell Morbosidad (never say never though), you will be missed.