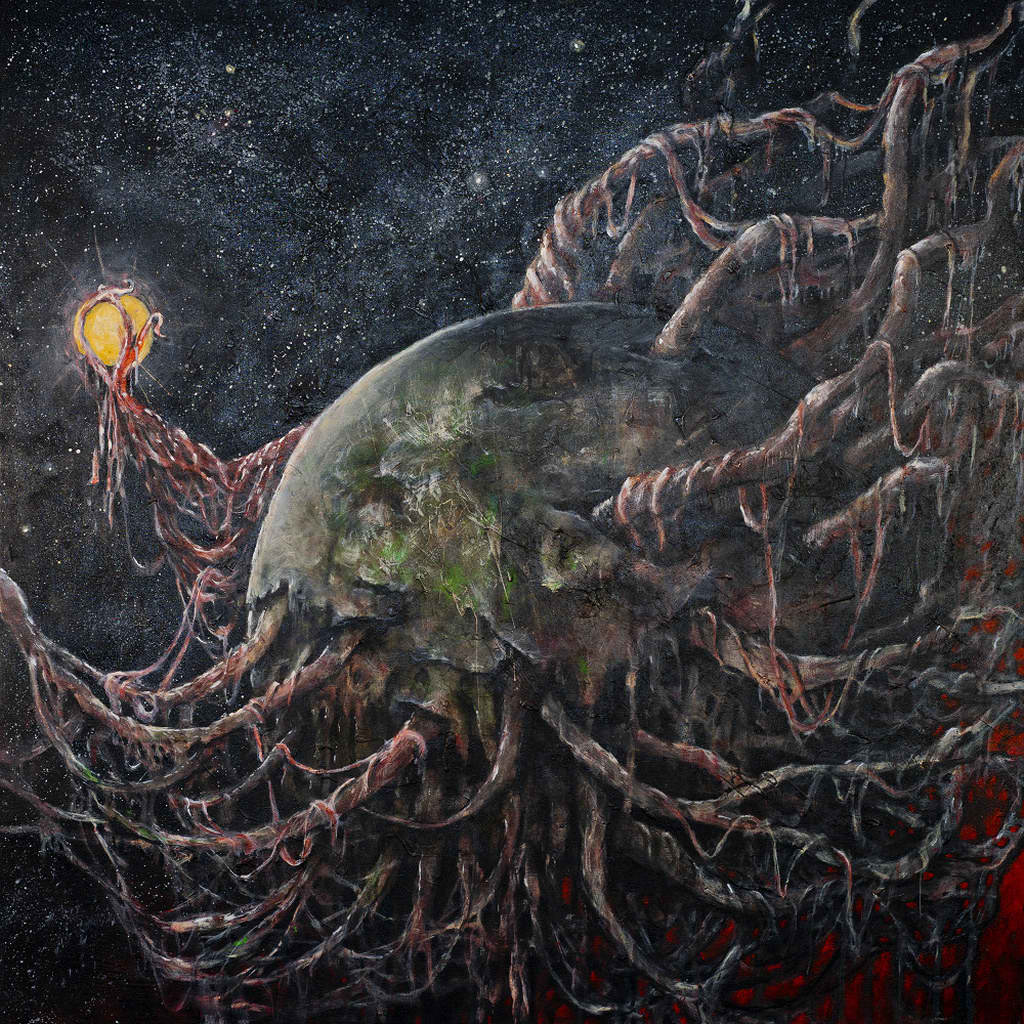 This duo from British Columbia gives a lesson on how acid sounds are the perfect container for the vertiginous rhythm that gives Death Metal the perfect formula to avoid falling into absurd copies, but rescuing the invaluable contribution of the old school. “Retuned to Life” masterfully synthesizes the tenebrous terrains of Swedish Death Metal, with the impetus of grind core enhanced through riffs and relentless rhythms of the North American school of Death Metal.

The blast beats are of the highest category, when the tracks enter into an apparent stability derived from the virtuous guitar tones, as in “Prosodemic Realms”, Julian and Mic know how to take the songs to a level of intense frenzy, the structure of the songs hammers your brains when you least expect it.

The vocals are vomitous, in that aspect you can’t ask for more, however, the complex structure of the songs, at times the instrumental saturation of the themes can lead us to dead ends, one must have time to listen in detail to what each of the tracks offers.

For those listeners with a solid idea about the canons of contemporary Death Metal, there will be hints of Violent Hammer and Sadistic Drive, but it is important not to think of Altered Dead as a continuation of the European schools.

This band imprints its essence in a unique way. Perhaps towards the second half of the album, as in “Ensanguine Path”, it is noticeable the effort to leave their stamp, which can become tedious for those more demanding fans. Personally, I enjoy it even in those passages, but it is important to mention that the effort to make their sound unique, sometimes can round for some, in a tedious repetition. Fortunately, the riffs and the brutal irruption of voice and drums take us to safe places out of the trance in which we could fall into repetitively as some bands tend to do.

I had already mentioned the corrosive prelude to the songs and it is a factor that gives a lot of swampy energy to each one. This release is an ode to the hymns that emerged from the most rotten esophagus of Death Metal, a merciless sample of how to perform the genre. “Into the Crypts of Rays” is the crowning jewel of the band’s effort.

Altered Dead has a great future and honestly, this release leaves many expectations of what may come in the future, because it is worth asking how a band that recovers the essence of different schools of Death Metal to submerge them within their logic, could surpass their high quality work? only time will tell.

Don’t stop paying attention to this Canadian duo, they are one of those bands that can take Death Metal to its most uns uspected limits, as long as they continue to drive in a neat way, playing in the limits of tribute, influence and experimentation. Please, listen to them, and dare to break with the schemes! (Alex G.J.)