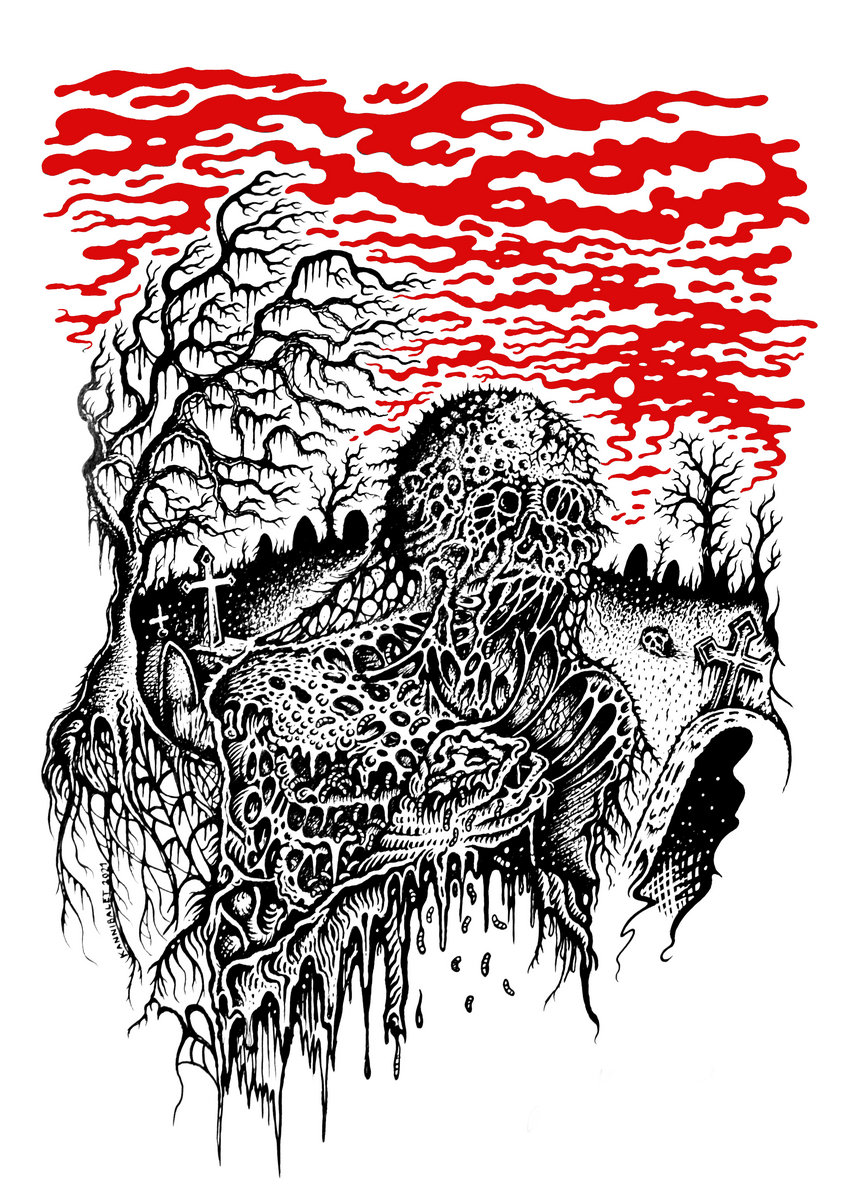 Will continuously mention that horror & Death Metal go hand in hand, such is the case for Portland quartet Dripping Decay and their seven track demo “Watching You Rot”.

Being their first release under this project, this was exceptional! Sure some stuff can get tweaked next round but overall a very rough cut extremity for Death & Grind fans. Has a bit over seventeen minutes of playing time, two instrumentals & five vocal tracks, these guys don’t overstay their welcome even with the sample on intro “Prelude to Decomposition” and the melody of closer “The Aftermath”. Both of these come off as a score from a sci-fi/horror movie but also reminded me of the mid 80’s version (& the ONLY Grateful Dead song I dig) of The Twilight Zone series.

“Cremator”, instrumentally packs a punch but on this particular one didn’t quite hit compared to the others featured. Riffs are catchy and drumming superb but felt it did in some parts drown out vocals, but then going into “Dissolve Me”, totally different sentiment. Gruff cadence that’s foreboding as if emerging from his grave with vexing lyrics to match: “Disillusioned. Ready to disappear. Detach from this world. And become less than nothing.”

Favorite of the bunch, “Bay of Blood”, based on a 1971 slasher movie with the same name by “Master of Macabre” Italian filmmaker Mario Bava. Knowing it’s organic demo quality in production, do admire the writing and how they arranged composition to have facile yet enduring riffs coincide with the adroit drumwork done by Jason “The Machine” Borton, giving great dynamic to work within this group.

Followed by the eroded sounds of “Sadistic Excruciator”, abundance of blasting and crushing tempos, easily the most vivacious of this release, along with a visual to match on YouTube! “Watching You Rot” slow bassy intro that’s daunting, bit of a Black Sabbath tonality until those secreted vocals come in, still sustain a slow tempo ⅔ of the way then instant explosions of blasting that escalates toward the outro.

\Really stoked to see what these guys do next after this promising demo! (Tori Belle)