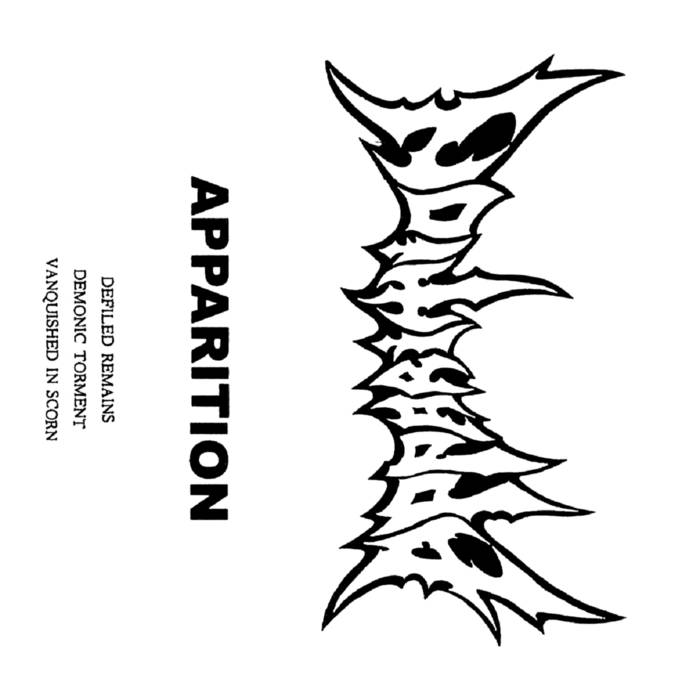 Tres hombres, Eduardo, David & Ivan, collectively known as Apparition, are a Death Metal band from Zaragoza in Spain who last year released their debut, self-titled demo. Since then its had multiple re-releases on both CD and cassette and having listened to this three track offering, it really isn’t hard to see why.

Opening track ‘Defiled Remains’ has a little something for all Death Metal aficionados, from chugging riffs to insane sounding technical guitar leads, filthy guttural growls and grunting, an old school drumming style and rumbling bass, as well as some excellent song-writing chops on display to really help the band sink their hooks into you. Sporting a faster, more direct and in your fact style, ‘Demonic Torment’ screams of ‘Beneath the Remains’ era Sepultura, especially the further the track progresses as a more grinding intensive style of guitar lead kicks in and really adds a deathly atmospheric nature to the demo. Finale track ‘Vanquished in Scorn’ is all about pure venomous riffs, catchy but lethal sounding.

An absolutely bruising demo of hateful Death Metal, and more than that, a crushing debut from a band I really want to hear more of.