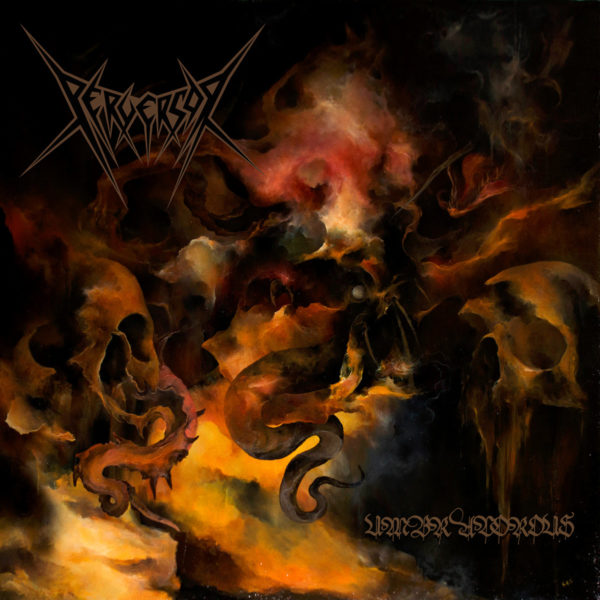 Finally a new Perversor record. The album “Umbravorous” was released digitally and on tape in 2018 and will see the light/dark in march 2019 on vinyl. Their third album kicks fukkn’ ass and just continues the path once taken, which means Black/Death/Thrash on steroids, going fucking fast on speed with thunderous blasting drums and shredding guitars that cut every tree in several seconds.

The bandname speaks for itself, this is Perversor! It doesn`t get any straighter than this. 80s and 90s feeling of south American black thrashing madness. The production remains crispy but still powerful still and seems to have been improved compared to older releases. Need something to bang your head very fukkn’ hard? I suggest to listen to this lovely album by Perversor. In your face, into the pit, “Umbravorous” is the shit! Fans of Ravencult and the likes should buy this immediately. (DPF)