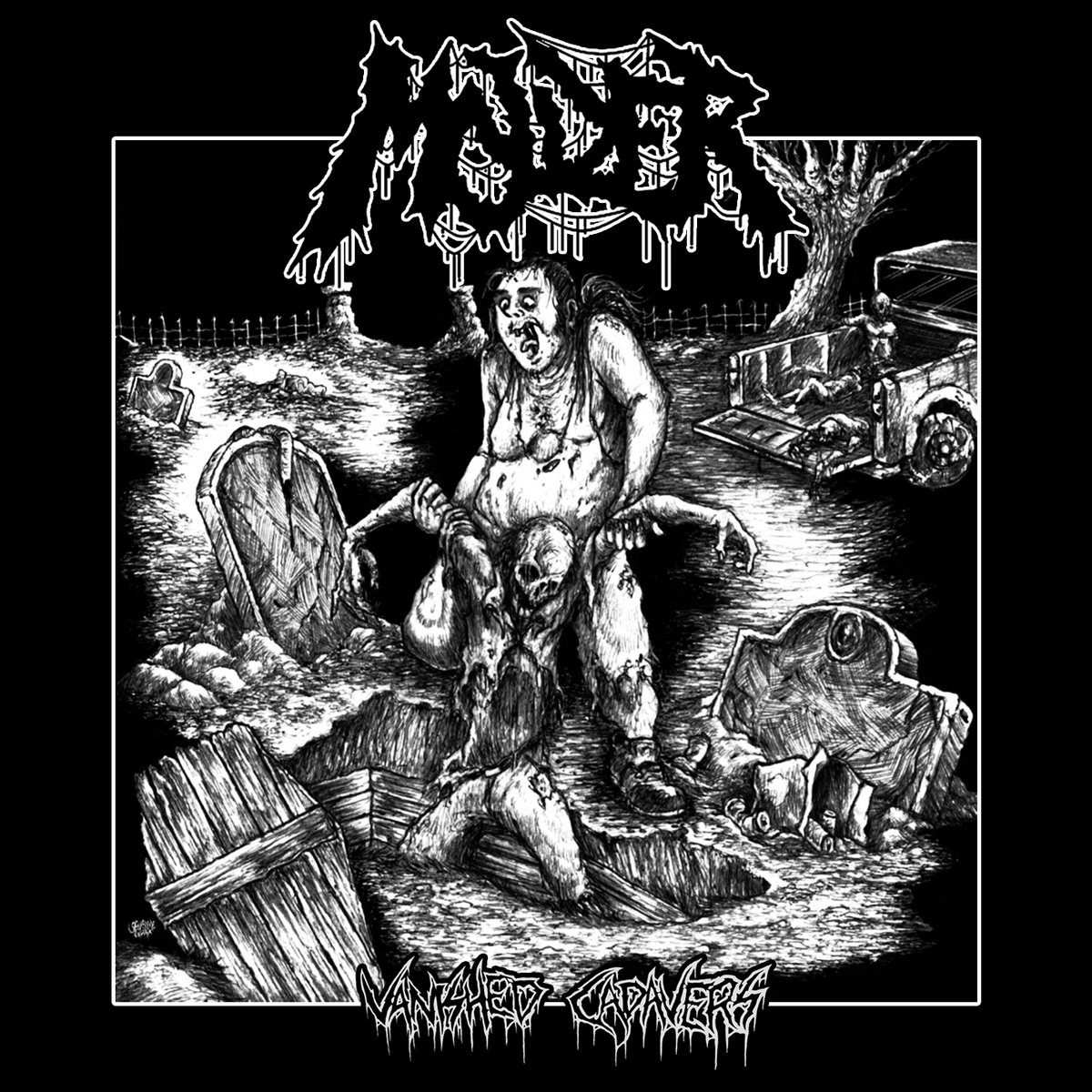 Surprised these guys have come out with everything BUT an EP, hell they just skipped over it and came out with an electric, solid debut LP that’s appealing as fuck, especially when it features a handful of guest appearances for four of their tracks, as well as an Asphyx cover to finish it off.

Based out of Illinois, this three piece have been around since 2017; consists of Dom Vaia (bass), Aaren Pantke (guitar/vocals), and Kyle Pooley (drums). “Vanished Cadavers” artwork is done by Gruesomegraphx, reminding me of a black and white cartoon version of some sicko grabbing a corpse to take back and possibly skin it (or maybe some necrophilic shit) to wear, like Leatherface from Texas Chainsaw Massacre (love that movie BTW). Includes eleven tracks, clocking in at a bit over 34 minutes.

First track “Granulated Chunks” after a minute intro, song kicks in and as soon as Pantke’s vocals start, automatically think of John Tardy from Obituary mixed in with early Schuldiner’s vocals (Scream Bloody Gore era) throughout the album. It’s total Thrash mixed in with hints of Death Metal dusted here and there. One of my favorite tracks and featured guest appearances is “The Sweet Taste of Death”, with Cody Davidson (Sanguisugabogg/Putrid Stu) dropping a sweet solo that is uniquely split between Pooley’s playing starting at the 2:51 mark, it’s a different take than the typical buildup of drums, leading into a stretched solo. It’s creative and a cool highlight of this album IMO.

Another track I favor is “Incipient Disease” and has a sweet intro and Vaia’s bass solo between 0:47-0:59 is a treat. There’s always plenty of drum and guitar solos, but never enough bass solos. Could definitely add some more oomph and groove to this style of music especially, but all in all this debut LP is smashing and will hopefully continue to make more metal magic for our ringing ears to enjoy full blast. (Tori Belle)