Cancerbero – Reconquering the Throne of Death 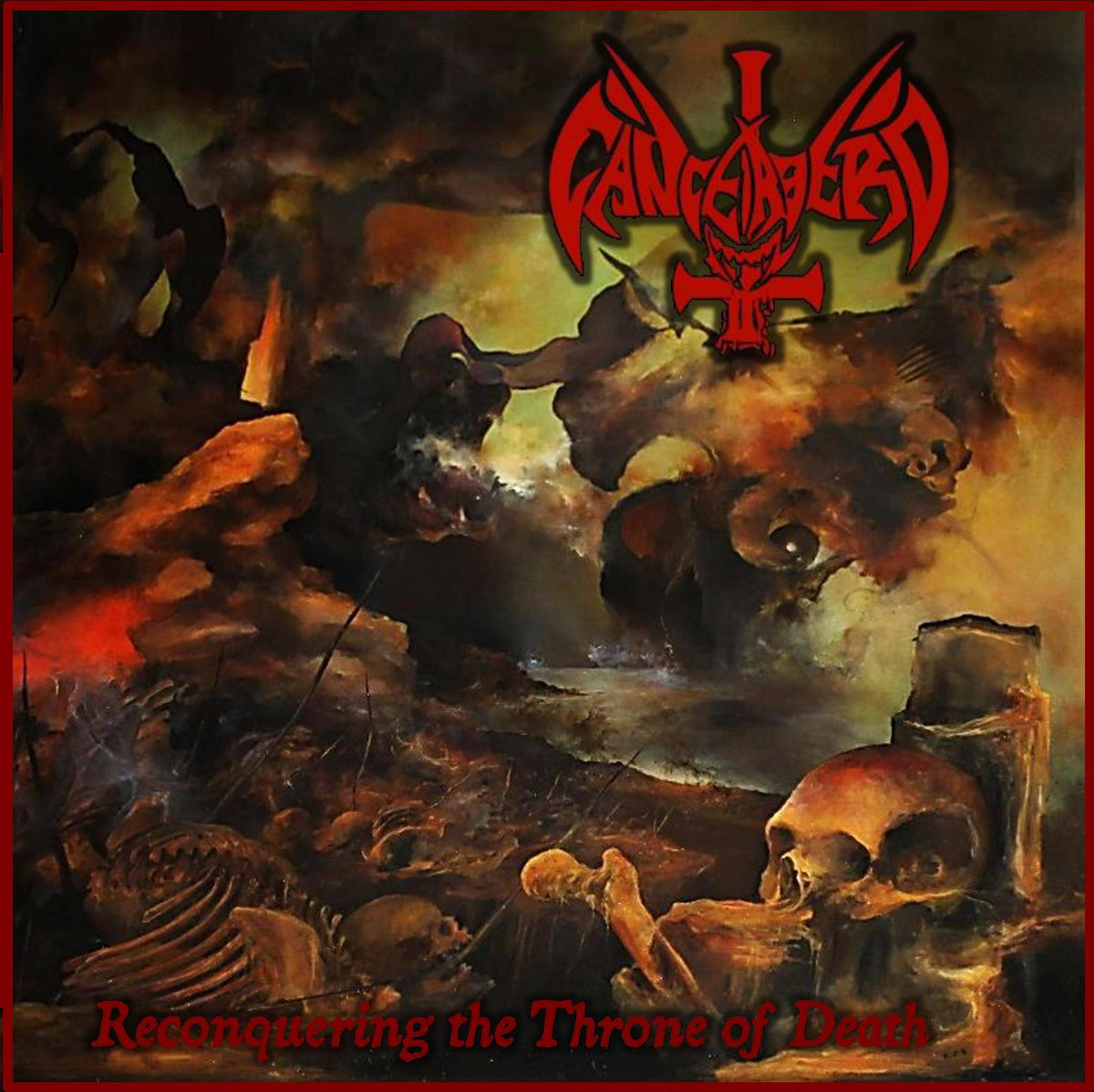 One of the originals coming from Chile and formed in 1987 and having released a demo in ‘88 and ’91, this is the latest offering from this South American Death Metal powerhouse. Starting off with an awesome intro reminiscent of the classic Death Metal era and with the first track continuing in that vein, I am frothing at the mouth to get into this review.

Somehow this band has previously slid thru the cracks and avoided my ears. Now that I have found them and am in contact with the band all is well moving forward. Anyone that knows me, knows I enjoy most Metal styles but this is reminiscent of when it all began and also the true Death Metal glory days.

Some of the guitar riffs are so damn ferocious yet they don’t tune very low compared to most bands now. The production is similar to something of years past but the musicianship and vocal capabilities of this band is on par with the best. In no way is that of course anything other than a compliment. The production helps keep this spirit the band is looking to capture and staying true to a bands origin is absolutely respectable in my views.

This, although having shining moments of originality, reminds me of such greats as Possessed “Seven Churches”, Death “Scream Bloody Gore”, Sadistic Intent “Impending Doom”, at times a Thrashy touch of Destruction “Infernal Overkill” and others just like Autopsy as an example of the kind of greatness you will find here on this outstanding Old School Death Metal album. Of course the overall tempos are upbeat and great.

Vocals are dark, harsh and heavy and not Thrashy and fit the band perfectly. The drumming is similar in style to bands such as mentioned before with more modern beats occasionally such as those found with a band like Morbid Angel or Krisiun when the atmosphere calls for something more.

Guitars are played intensely and perfectly as the songs are typically more upbeat with added slower riffs all perfectly timed throughout. Great classicgGuitar solos with evil whammy dives top it all off for me.

Final words are if you enjoy the bands and releases I mention in this review then these guys will not disappoint. Now for me and you to go find the previous material and full length from 2012. This band is nothing other than awesome and deserving of everyone’s respect! (Evil Mike)