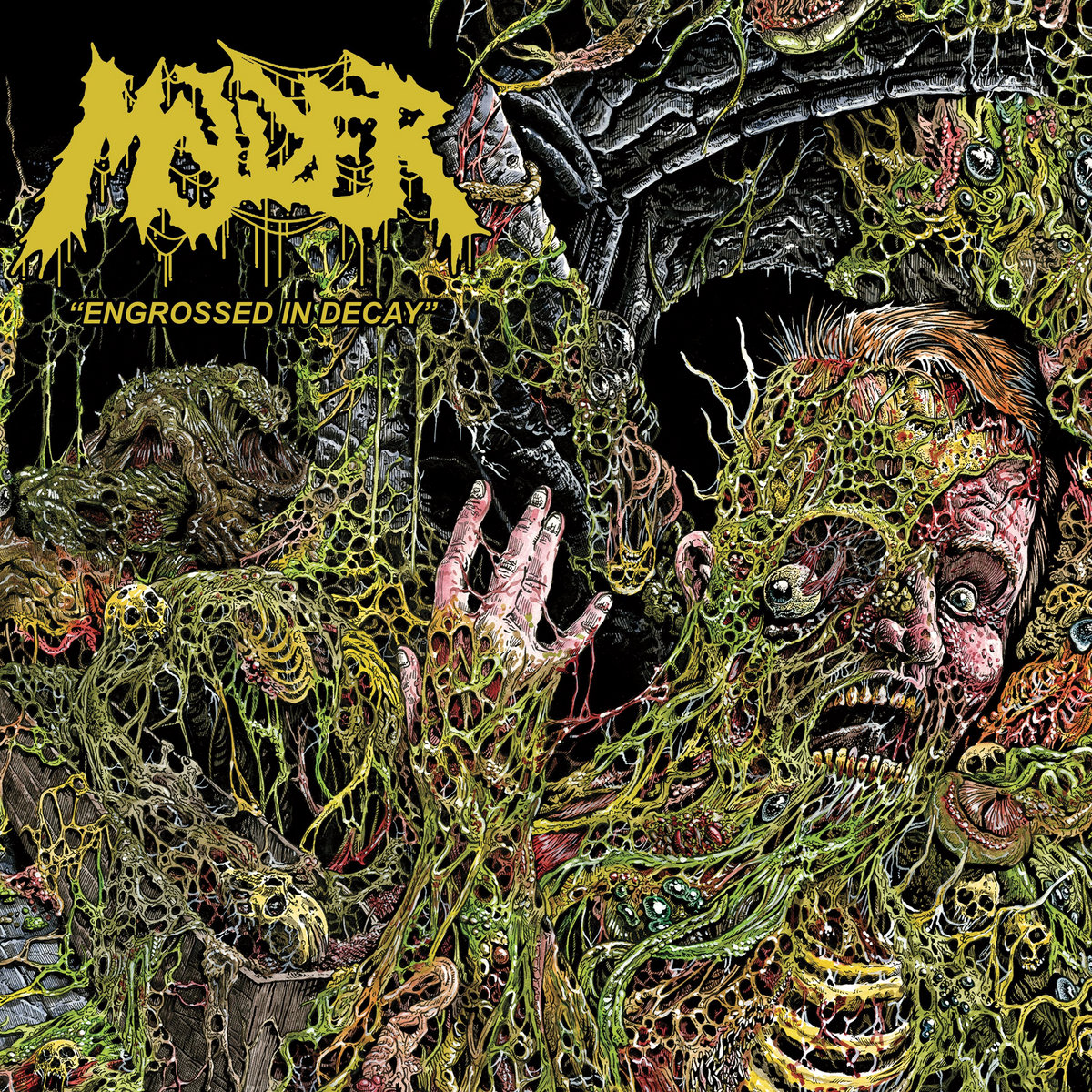 Illinois pusheads Molder released their sophomore album, ‘Engrossed In Decay’, last summer. The bands’ debut album for Prosthetic Records, who took care of its vinyl and CD release while Headsplit Records threw out a cassette tape version to complete the full palette of physical formats. On the previous reviews that we published on Molder you’ve already been able to read about the slightly punkish, Autopsy-like Death Metal and that is exactly what this trio is presenting once again with this new record.

While their previous recording were already very much Autopsy inspired, that influence even gradually expanded. On ‘Engrossed In Decay’ you’ll get Autopsy-ridden Death Metal, but they blended some Autopsy in it for good measure and serves it with some Autopsy. As desert you’ll get a bit of Autopsy with… Morgoth. The Death Metal is so much ‘Severed Survival’ that it gets into Maim-like proportions, yet it is so well-executed that it doesn’t bother for one second. The punkish riffs and even the open, anti-wall-of-sound-production is an homage to that immensely popular blueprint for disease-ridden Death Metal. The music never gets into flashy speeds or guitar showboating, instead it is kept fairly simple with very decent and catchy song writing. This just nicely fits into the authentic vibe of the album. Vocally, to stylishly top it off, you’ll get a bit of both worlds, some Autopsy-like vocals combined with Marc Grewe/Martin van Drunen (of Morgoth and Pestilence fame, respectively).

In contemporary Death Metal it seems largely the case that there’s two camps, one is going through all the Incantation-like low-end guttural riffage and the other one is all about Autopsy-worship, more loosely playing on that Punkish playground. Molder certainly fits in the latter, indeed, pure Autopsy-worship, even to such a successful extent that I, dare I say, prefer Molder over nowadays Autopsy any day.