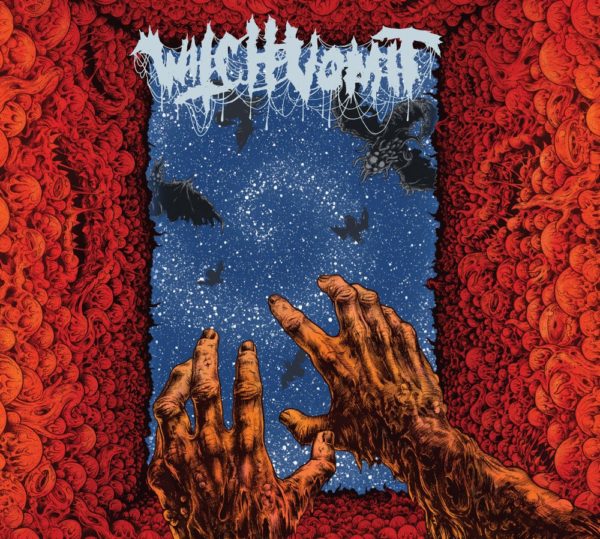 With a well-received “A Scream from the Tomb Below” as debut album, released by Memento Mori, Witch Vomit showed the world they can create some fine ass-kickin’ Old School Death Metal that beholds various scenes within its rotten core. It seems the guys are fast writers because not long after the debut, this EP sees the day of light and contains 4 new rotten tracks that turn the very same light into a cesspool of darkness where necrophiliacs and other hobbyists will have their way on a cemetery near you.

When it comes to the various scenes I mentioned before, you will hear a bit of Swedish (the groove of Grave and a bit of Unleashed (just listen to the opening riff of “Accursed Temple Of The Great Deceiver”)), Finnish (the dark atmosphere of Demigod for example) and the USA one (Autopsy), blended in straight forward riffs with a bone-crushing growl that is well buried in the mix. It is more buried in the mix than on “A Scream from the Tomb Below”, which is a nice touch if you ask me as it suits very well. It gives a massive sound as well the riffs are more on the foreground. A very enjoyable EP without any doubt and a nice appetizer for their second album. (Ricardo)