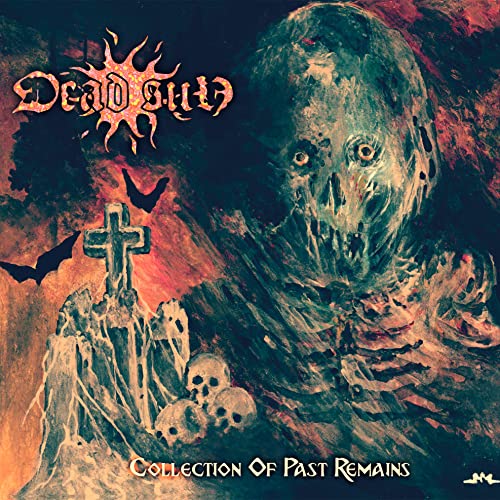 This awkward release of Dead Sun, one of the many Rogga Johansson featured bands, is actually a re-release of a compilation tape which originally was some sort of collection of four different EP’s, put together as a full-length. I don’t really get the idea, but it was originally only released in a small run of cassette tapes. So, the tracks might not have reached that many ears, this ‘Collection Of The Past Remains’ has nothing new under the (dead) sun here.

Yet, to make it even more awkward, compared to the original compilation tape, the tracks are all mixed together and the other 2019 EP, ‘Pain Eraser’, is placed somewhere in the middle. So, the whole idea of all those different chapters has apparently been jettisoned. Logic can be very complicated at times.

Musically Dead Sun differs quite a bit from most of the other Johansson bands. It is not much into that overly simple riff-based and mid-tempo Death Metal with a slight Swedish slant. With Dead Sun Johansson has a more melodic approach to the guitars, sporting a sharper tone and, more dynamics in its pace and his rather tiresome grunts are traded for a more snarly Tomas Lindberg sort of screams. But it doesn’t get all very exciting: it stays rather one-dimensional, making this a collection of songs that is barely able to get above the average. The incoherency of all the tracks being mixed up, which means there are different levels of sound quality, doesn’t make for an enjoyable listen either.