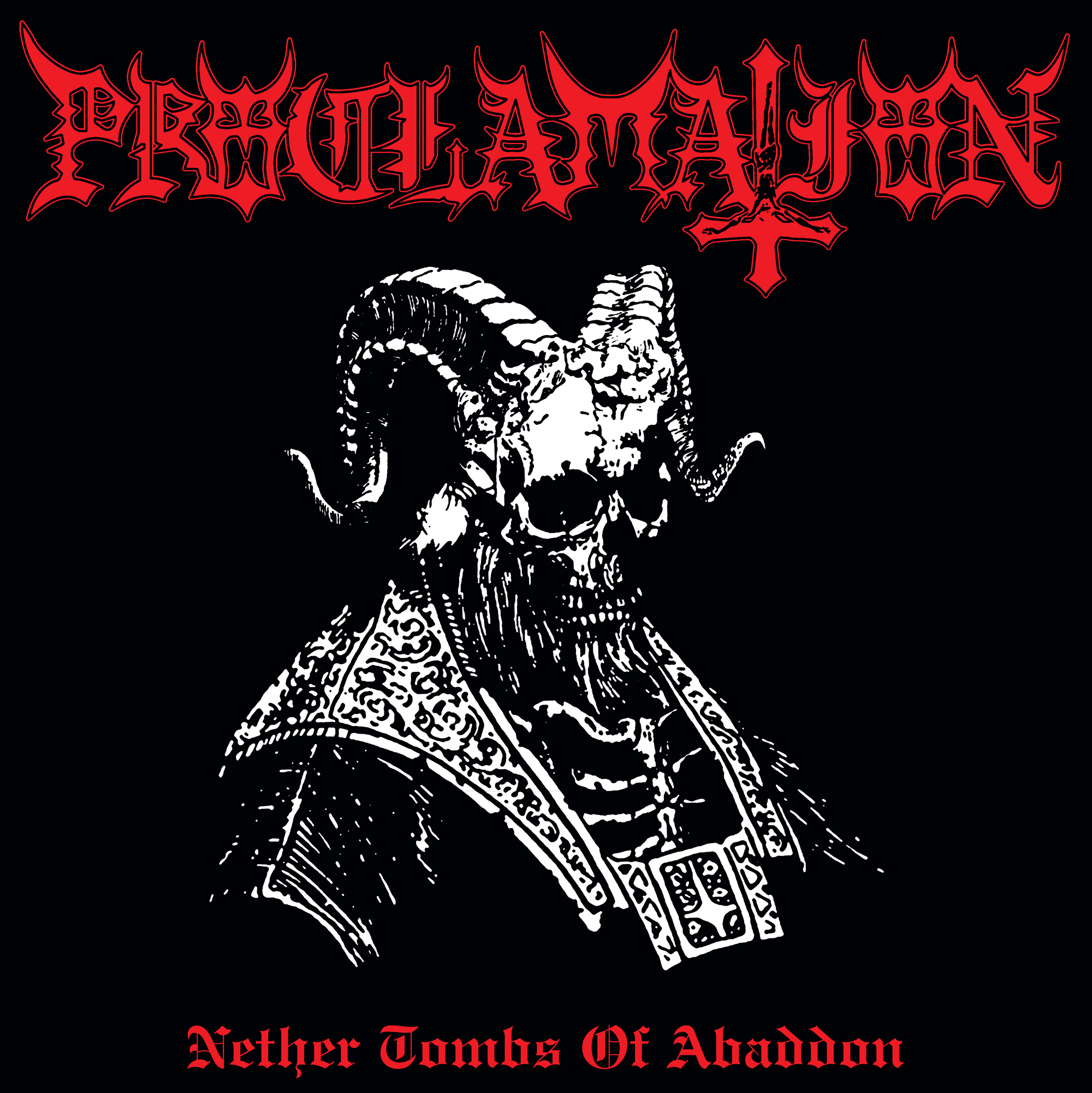 After the break-up of Proclamation, the band members formed a new band, Sacrificio, that leans a bit more towards Black Metal with some Doomy influences. However, this band got carried to its grave already after releasing one demo/12″ and an album (both released by Nuclear War Now! Productions). Only drummer “Abomination of 4 Mayhemic Winds and Bestial Offensor” (Ángel Pérez Matesanz to friends) is currently still active, you can hear him beating the drums in Black/Death Metal band Prophets Of Doom.

But before the Spaniards threw in the towel, they came out with this swan song, ‘Nether Tombs Of Abaddon’. The question is, of course, whether there was much more to be gained from this musical concept. Still, Proclamation sounds slightly different on this album than on its predecessor.

Whereas on their first two albums in particular, Proclamation still had some clear Grind accents in the style of German Dysentery, for instance, this was already slightly reduced on the previous album, ‘Execration Of Cruel Bestiality’, and on this ‘Nether Tombs Of Abaddon’ it has largely disappeared. The raw sound of the previous album is again present and makes Proclamation sound more like Beherit. Of course, it is still as overly crude, savage and utterly primitive, just the way you expect them to sound.

If, like me, you have listened to all four albums in a row, you are well and truly numb and ready for a downer or 2… 3… 6. But, with that experience fresh in mind and despite all comments you can make about the simplicity and mindlessness of the music, Proclamation still managed to lay a pretty solid foundation for once again many bands to follow suit. The first clear and genre-defining cornerstones have been laid by Blasphemy, Sarcófago, Beherit and the likes, but the importance of Proclamation’s work should definitely not be underestimated. (FelixS)